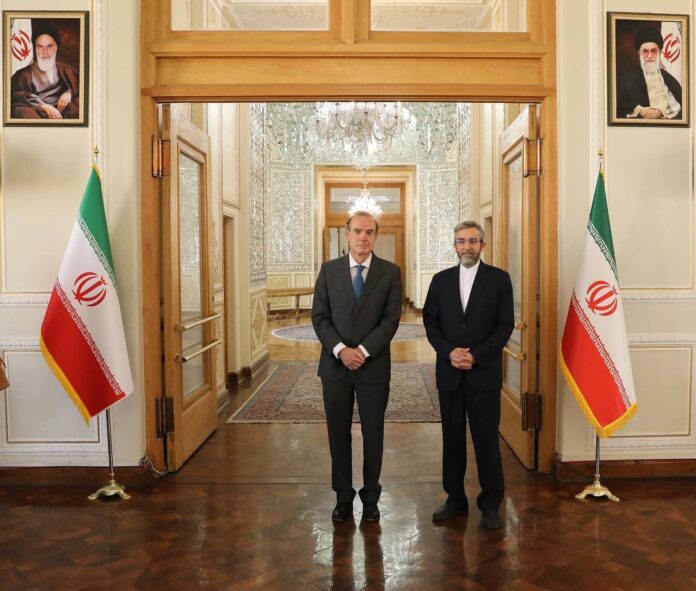 The meeting happened inside the Iranian embassy in Madrid.

Bagheri and Mora agreed over the phone on the resumption of the Vienna talks between Iran and the 4+1 group of countries, namely Russia, China, Britain, France and Germany, last week.

Bagheri has said the main goal of the upcoming negotiations in Vienna is the removal of the anti-Iran sanctions and the return of the US to the nuclear deal, JCPOA, comes next.

Iran and the other sides have held 6 rounds of talks so far. They say they have made good progress but some differences remain.

One dispute is over the US insistence on keeping in place some of the sanctions imposed by the Trump administration following its unilateral withdrawal from the JCPOA in 2018.

Iran says the US must agree to redress its mistake as the party to blame for the current situation. Tehran also says the US must guarantee that no administration in Washington will again violate international law regarding the JCPOA.

The Vienna talks between Iran and the 4+1 will resume on November 29.