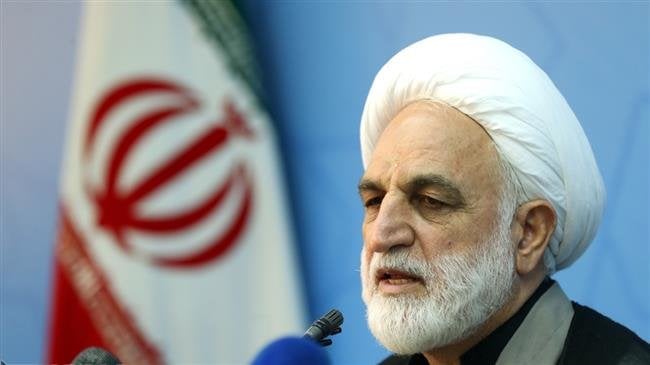 Iranian Judiciary spokesman, Gholam-Hossein Mohseni-Ejei, told reporters on Sunday that the death sentences were given by special tribunals set up in Tehran, which have so far handed down various sentences to 35 economic offenders.

He added that out of 35 convicts, three were sentenced to death for “spreading corruption on earth,” noting that the sentences would have to be upheld by Iran’s Supreme Court before being carried out.

Mohseni-Ejei said 32 other defendants were given various jail terms up to 20 years for economic corruption.

Earlier this month, Leader of the Islamic Revolution Ayatollah Seyyed Ali Khamenei said enemies of Iran have unleashed an all-out economic and media war against Iran with the aim of creating “despair” and “pessimism” among people.

“Today, the Islamic establishment is faced with an all-out economic war, which is being led from a war room with full precision and hard work,” said the Leader.

The convicts sentenced in the latest round of trials for economic corruption were accused of hoarding public commodities in order to cause panic in the society, causing disturbance in the country’s foreign exchange market with the ensuing devaluation of Iran’s national currency, and helping the enemy in its all-out economic war against the Islamic Republic.

Earlier in August, Iran’s Judiciary Chief Ayatollah Sadeq Amoli Larijani wrote a letter to Ayatollah Khamenei, calling for permission to set up the tribunals in the face of the current special economic conditions which he described as “an economic war.”

Ayatollah Amoli Larijani proposed in his letter that new tribunals be set up for two years and directed to hand down maximum sentences to those “disrupting and corrupting the economy.”

“Given the current special economic conditions that are considered a kind of economic war and, unfortunately, some of those disrupting and corrupting the economy also provide for the enemy’s goals and commit crimes that require urgent and rapid action, if you see fit, please allow the head of the judiciary to act within the framework of the penal code … on those disrupting the economic system,” he wrote.

The letter requested that the trials be held in open court, but that any suspension or mitigation in the sentences of the convicts be prohibited.

It also demanded that all court rulings except the death penalty be final, with death sentences subject to appeal at the Supreme Court within a maximum 10 days.