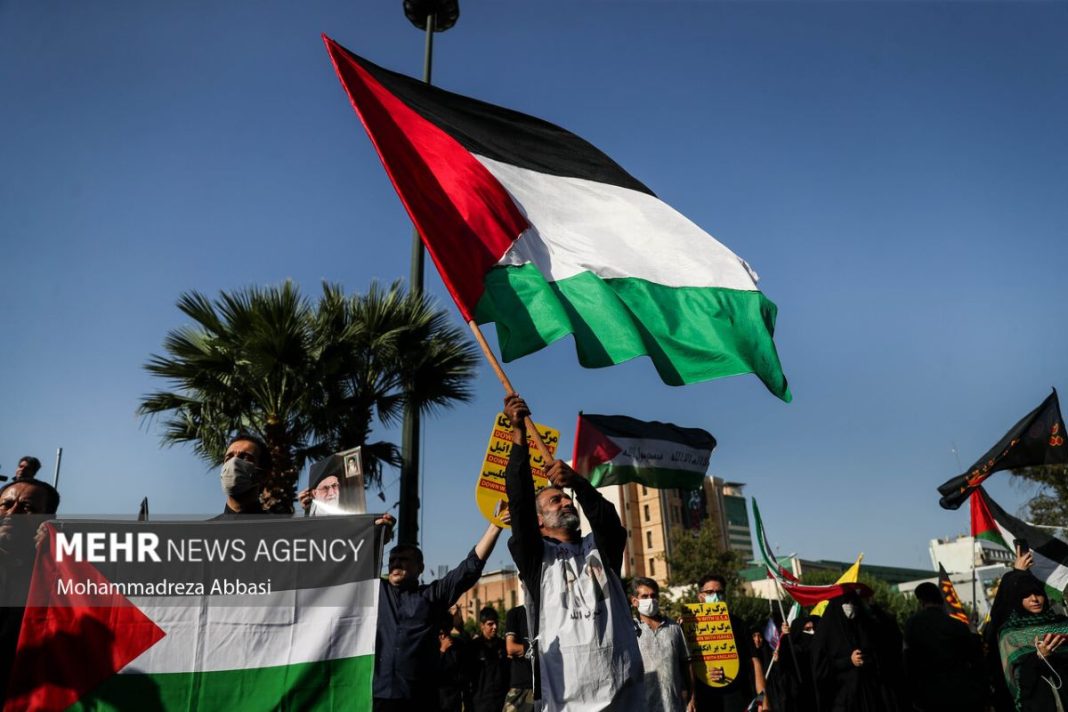 Thousands of people joined a gathering in the Iranian capital, Tehran, to renew their solidarity with the Palestinian people and denounce the Israeli regime’s latest bloodshed in the Gaza Strip.

The demonstrators gathered near the Palestine Square in the heart of Tehran on Tuesday evening, carrying the flags of Palestine and its resistance movement and shouting slogans against Israel and its staunch ally the US.

During the event, Brigadier General Ali Fadavi, the deputy commander of Iran’s Islamic Revolution Guards Corps (IRGC), and Khalid Qaddoumi, the representative of the Palestinian Hamas resistance movement, delivered speeches in condemnation of the Israeli crimes.

The Israeli military conducted massive air raids on the besieged Gaza Strip for three days late last week. The regime’s military aggression left at least 47 Palestinians, including 16 minors, dead and inflicted injuries on hundreds of others.

Responding to the crimes, the Gaza-based resistance fighters fired hundreds of missiles in the Israeli-occupied territories, sending off sirens there and forcing settlers into bunkers.

In a statement issued at the end of the rally, the demonstrators praised the Palestinian nation’s decades-long resistance in the face of the occupying regime, which they said has grown even more powerful thanks to the unity in the ranks of the Palestinian resistance groups.

Among other things, the participants also slammed the international community and the organizations calling themselves advocates of human rights for keeping silent in the face of the regime’s atrocities in Gaza.