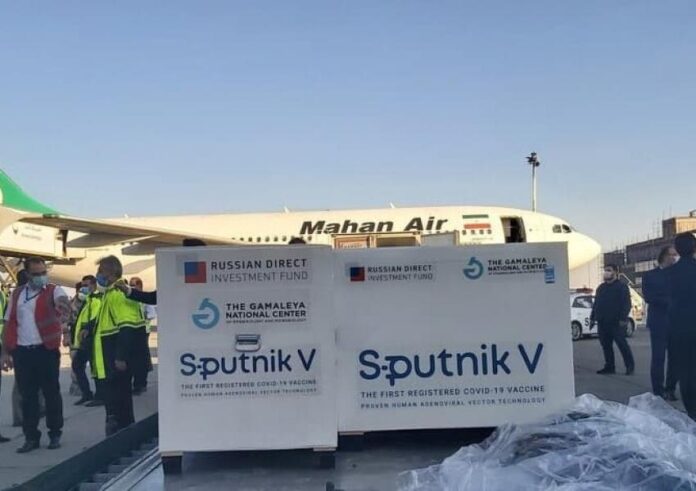 The third consignment of Russian-made Sputnik-V vaccines developed to curb the COVID-19 contagious disease arrived in Iran on Thursday morning.

The consignment, including 200,000 doses of the vaccine, arrived at Tehran’s Imam Khomeini International Airport.

Iran’s ambassador to Moscow earlier announced that Tehran plans to jointly produce the vaccine inside Iran and will soon be able to meet the needs of neighbouring countries as well.

Sputnik-V vaccine has so far been approved for use in 42 countries globally with total population of over 1.1 billion people. It is thus one of the world’s top coronavirus vaccines in terms of the number of approvals issued by government regulators.

The efficacy of Sputnik-V is 91.6% as confirmed by the data published in the Lancet, one of the world’s oldest and most respected medical journals.

The Sputnik-V vaccine is based on a proven and well-studied platform of human adenoviral vectors, which cause the common cold and have been around for thousands of years.

Sputnik-V uses two different vectors for the two shots in a course of vaccination, providing immunity with a longer duration than vaccines using the same delivery mechanism for both shots.

The safety, efficacy and lack of negative long-term effects of adenoviral vaccines have been proven by more than 250 clinical studies over two decades.

• The developers of the Sputnik V vaccine are working collaboratively with AstraZeneca on a joint clinical trial to improve the efficacy of AstraZeneca vaccine.
• There are no strong allergies caused by Sputnik V.