The Assassination of Qassem Soleimani Institutionalizes Anti-American Sentiment in Iran 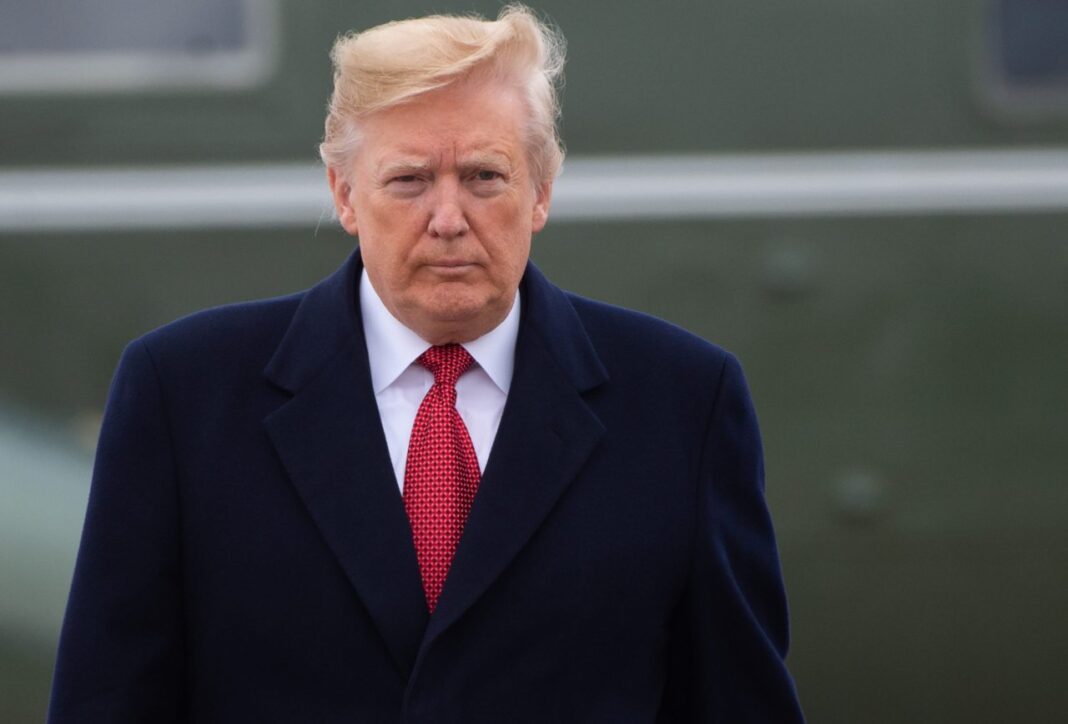 Immediately after the assassination, President Donald Trump and Secretary of State Mike Pompeo, in series of tweets, announced that the U.S. reaction to any Iranian reprisal would be “fast” and “hard,” striving to justify their so-called preemptive action as the elimination of a so-called terrorist figure. They stressed that this operation was necessary for saving American lives and will help bring about peace and stability in the region.

However, what the Trump administration appears to be pursuing is an Israeli-style “campaign between the wars,” which keeps military pressure on an enemy even when no state of war officially exists. With this psychological measure, Trump is trying to create political divisions in Iran’s domestic politics with regard to the scope of Iran’s retaliatory response while decreasing the impacts of the global condemnation of Soleimani’s assassination.

The attempt to create discord within Iran over the killing of Qassem Soleimani, who was widely respected by Iranians of many different walks of life as the protector of Iranian national security, is doomed to fail. The assassination will only generate more anxiety and anti-U.S. sentiment among the Iranian people. This has already been apparent in the attendance of millions of Iranians from virtually every social class at the funeral processions held in Soleimani’s honor.

In parallel to this public anxiety, Iranian officials are talking about taking “severe revenge” in both symmetric and asymmetric military dimensions — meaning the targeting of U.S. military bases and personnel in the region either directly or via local militia allies. Iran cannot afford not to respond to the Soleimani assassination in order to demonstrate and preserve its national strength and solidarity. Moreover, a retaliation for the assassination will fulfill the expectations of Iran’s regional allies, who consider Tehran the leader of “axis of resistance” and also want revenge.

Considering Iran’s extensive regional influence, the institutionalization of anti-U.S. sentiment among the Iranian people has grave strategic consequences for the U.S. and its regional and global status. Less than one century ago, Iranians regarded the U.S. as a positive “third party” that could help their country resist the political-economic demands of the colonial powers of the time, Russia (later the Soviets) and Britain. The CIA’s involvement in the coup that overthrew democratically elected Prime Minister Mohammad Mosaddegh in August 1953 was a turning point in terms of the rise of anti-U.S. enmity in Iran. By enhancing elite, political, and military relations with the U.S., the Shah’s regime tried to decrease this sense of enmity within the public. But bilateral relations further deteriorated after the 1979 Iranian Revolution. Later, the U.S. fully supported Iraqi leader Saddam Hussein’s war against Iran during the 1980s and the U.S. Navy shot down an Iranian commercial airliner over the Persian Gulf in July 1988, both of which have intensified Iranian feelings of hostility toward the U.S.

The deterioration in U.S.-Iranian relations became more severe following the U.S. invasion of Iraq in 2003 and still more severe following the Arab Spring in 2011 and the emergence of regional crises in Syria and Yemen. For the U.S., apparently, the goal continues to be bringing Iran back into its diplomatic fold. Washington has already tried all the means available, such as public diplomacy and direct contact with Iranians, direct negotiations, the pursuit of regime change in Tehran, and the imposition of coercive economic sanctions in order to collapse the Iranian state from inside.

In this respect, President Trump has continued his so-called “maximum pressure” policy to weaken the Iranian government. Yet he seems gradually to have realized that there is a slim chance to initiate direct talks with Iran on his terms. Even so, Iran’s increased regional power and influence threatens the cornerstones of U.S. regional policy: guaranteeing the security of Israel and protecting conservative Arab allies. Iran’s opposition is a key impediment for fulfilling U.S. strategic goals in these regards.

Trump’s decision to withdraw the U.S. from the 2015 Iran nuclear deal (Joint Comprehensive Plan of Action or JCPOA) ended any hope inside Iran that its prolonged strategic discrepancy with the U.S. and the West might be solved in the context of a win-win situation. Iranians expected the JCPOA to pave the way for further political interactions with world powers, resulting in a better life and increased economic growth and development. Increasingly the Iranian public has come to feel that Washington’s real problem with Iran is not its government’s behavior or its regional policy, but rather it is the state of Iran itself. The U.S. and its allies fear Iran’s emergence as a dominant Middle Eastern power and what that might mean for preserving the regional status quo, which the U.S. sees as the best policy to preserve its national interests. That concern has increased as Iran has developed more comprehensive economic and political-security cooperation with the two main global rivals of the U.S.—Russia and China.

From the U.S. perspective, Iran’s geopolitical strength, its vast economic potential, and its active role in battling terrorism will compel Russia and China to strengthen relations with Tehran under any circumstances. An alliance of these three states could imbalance current West-oriented regional political-security trends at the expense of the U.S. and its allies’ interests. The recent joint Chinese-Iranian-Russian naval exercise in the Gulf of Oman and the Indian Ocean caused concerns among the U.S. and its allies. Trump says that he withdrew from the JCPOA in order to contain Iran’s regional role and limit its missile activities. One may argue that he also sought to contain Iran’s growing ties with these two global rivals in the Middle East.

In such circumstances, perhaps the Trump administration and the U.S. intelligence community calculated that Soleimani was the main impediment to changing Iran’s regional policy, and decided to eliminate him in order to pave the way for direct talks with Iran. But this is surely a miscalculated perception of the strategic logic of Iran’s regional presence. Decisions on Iran’s regional policy are taken by Iran’s Supreme National Security Council and at the highest levels of the Iranian government. Soleimani was only a single high profile commander who was effective at operationalizing these policies. Killing him is unlikely to change Iran’s strategic direction.

Iran’s regional presence is based on a simple logic: preempting the penetration of symmetric and asymmetric threats inside Iran’s borders. Fulfilling this national security goal requires Iran to secure both its national borders and, in specific cases, areas beyond those borders. In the course of time, this logic has created the concept of a “wider security zone” in the strategic calculus employed by Iranian political-security elites. Soleimani was perceived by the Iranian public as the mastermind of this deterrence policy. Iran’s rule of regional engagement for several years has been that increased threats from the region require an increased and active Iranian response.

The basis of Iran’s decision to sign the JCPOA was the preservation of the country’s conventional deterrent strength. Trump’s miscalculation is based on achieving an impossibility — depriving Iran of defensive capabilities that are well-regarded by the Iranian people. In fact, it has been the U.S. and its regional allies, and the threat they pose to Tehran’s regional interests, that have pushed Iran toward strengthening its asymmetric power through forming and enhancing local networks of friendly forces. Trump’s insistence on threatening, sanctioning, and now targeted killing could lead Iran to seek other unconventional military means to protect itself. In this regard, Iran announced on Sunday that it was taking another step to reduce its nuclear commitments under the JCPOA, which effectively ends the nuclear deal at least in the near future.

Soleimani’s assassination is a turning point in institutionalizing the Iranian public’s sense of enmity toward the U.S., giving the government of Iran the domestic justification to endanger U.S. interests by all means at its disposal. It is evident now that President Trump cannot achieve his aims through threat of force. To avoid an all-out war that will harm both nations, the best policy for President Trump in the short-term is first to stop the threats, which only further raise the ire of the Iranian people. He should furthermore refrain from responding to Iran’s reprisal measure in the coming days. Moving forward, the U.S. president should end his “maximum pressure” policy (which in my view was foisted upon President Trump mainly by the Israelis and the Saudis, and some European countries), accept the totality of the JCPOA, and start to understand that Iran cannot afford to withdraw from the Middle East for national security reasons. These steps could pave the way for a meaningful diplomacy based on equal terms, to solve regional and bilateral problems.