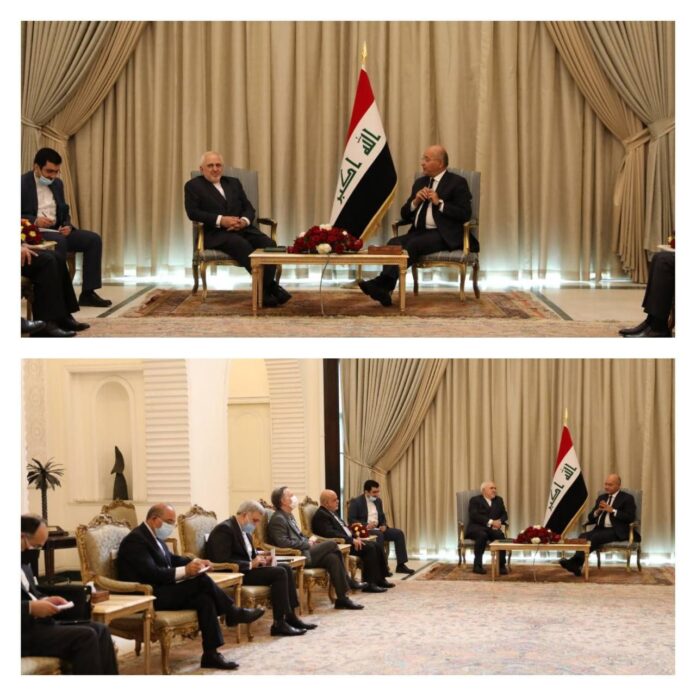 During the Monday talks, Zarif described Baghdad’s role in regional issues as effective and important.

He also expounded on Tehran’s viewpoint on the necessity of the existence of a security system in the region with the presence of all Persian Gulf countries which has already been proposed by Iran within the framework of the Hormuz Peace Endeavoir (HOPE).

Zarif touched upon Tehran-Baghdad agreements on different issues, and highlighted the need to make the necessary arrangements to implement those agreements without any bureaucratic barrier.

The Iraqi president, in turn, described mutual relations as important and expounded on his viewpoints with regards to the immediate implementation of the agreements reached by both sides.

Among other topics discussed in the meeting were issues related to terrorism and extremism in the region, financial issues, mutual cooperation at the regional level as well as cooperation with other countries.