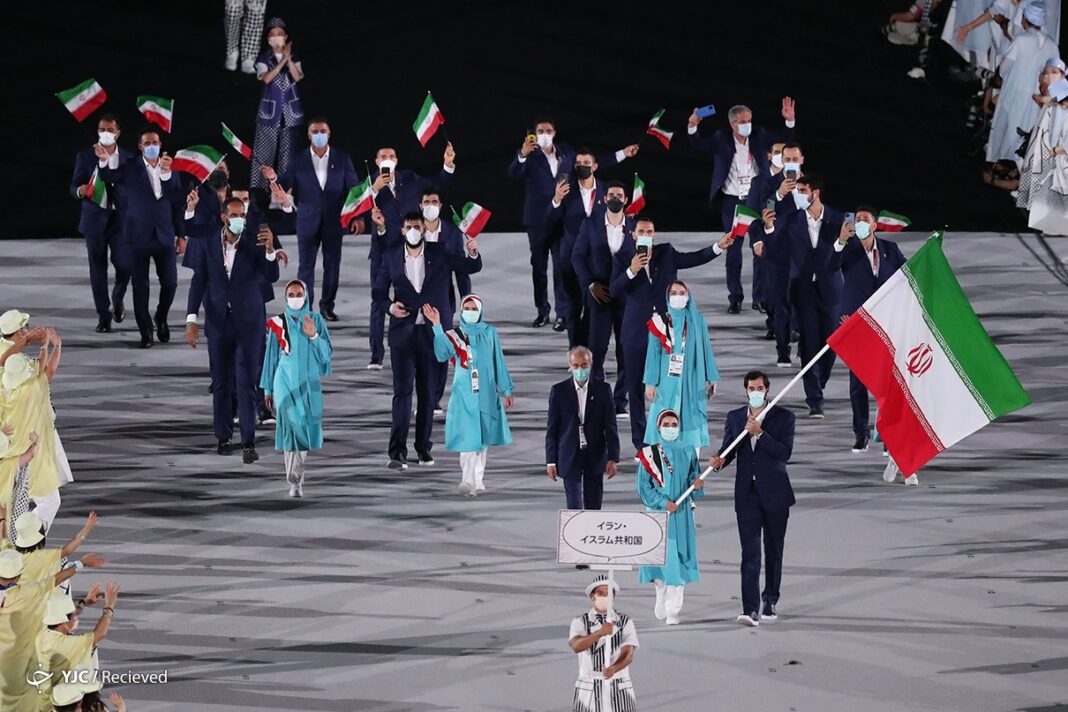 The convoy of Iranian athletes named "Land of Iran Stars" paraded at the opening ceremony of the Tokyo 2020 Olympics while shooter Hanieh Rostamian and Basketball player Samad Nikkhah Bahrami bore the country’s flag.

The opening ceremony of the 32nd Olympic Games was held in Tokyo at 8 pm local time, and the Iranian athletes paraded as the 21st delegation.

Athletes paraded in a near-empty stadium as the coronavirus cases continue to rise and the spectators cannot watch the games at venues at this edition.

The outfits of the Iranian team were the same formal uniform unveiled at the departure ceremony, which had sparked sharp criticisms against the design and colour of the women athletes’ uniform.

Unlike the previous rounds, no federation president was present in the Iranian parade team.

Tokyo 2020 Olympics will be held as of July 23 till August 8 after a one-year delay due to pandemic.
The Islamic Republic stood at 25th place at the 2016 Olympic Games in Rio de Janeiro, with three gold medals, one silver and four bronzes.