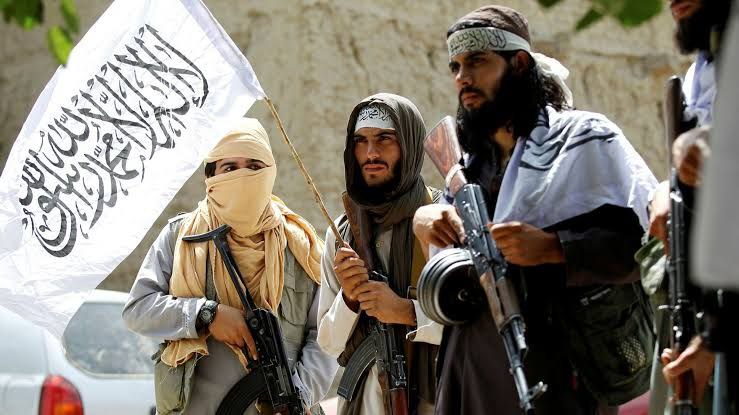 and armed group occupies a large part of Afghanistan these days, and now they have reached the mountainous Badakhshan province on the border with China.

As the Americans are leaving Afghanistan, violence against civilians and fighting with the army has intensified. Before the withdrawal of US troops, the Taliban had control over someparts of the country, but in the past two months, as the US and its allies withdrew most of their forces from Afghanistan and the peace talks in Doha and Istanbul failed, the militant group found opportunity to further confront the government and occupy more regions.

The Afghan-Chinese border is turning into a concern these daysas the Taliban expand their dominance, advancing to the borderwith their eastern neighbour and Xinxiang region.

Badakhshan province, in northeastern Afghanistan, is a mountainous region suitable for armed activities. It fell into the hands of Taliban as the government forces and the armed popular forces were unable to keep the region under control.

China and Afghanistan share a 76-kilometre border in the northeast. There is also a border with Tajikistan in the same area, where the Chinese have kept their forces to protect both sides.

Xinjiang, now bordered by the Taliban, is an autonomous regionin western China formerly known as East Turkestan. Muslim Uighurs live in the area, and the Chinese central government is constantly concerned about separatist activities there.

It was back in March that some UN human rights experts raised concerns about the alleged detention and forced labour of Muslim Uighurs in China and Xinxiang .

“We stand ready to strengthen our dialogue with the Government of China at the earliest opportunity and welcome the Government’s prompt response to these allegations as well as its willingness to continue the constructive engagement with us,” the Working Group on Business and Human Rights said on March 29.

Beijing in response refuted the concerns and accused the group of publishing “distorted facts” and said “it spreads lies against China out of bias and political purposes.”

Liu Yuyin, the spokesman for the Chinese Mission to the UN in Geneva said in a statement that “China is a socialist country in which the 56 ethnic groups, as equal members of the big family of the Chinese nation, are closely united like the pomegranate seeds.”

The significance of this region becomes more tangible when we see China’s route to West Asia, or the so-called Silk Road, passes through Xinxiang.

Uighurs of Xinxiang have constantly fought for independence and the region has had intermittent autonomy since 18th century.

However, what makes the region a threat for Beijing is that a group called “The Eastern Turkistan Islamic Movement”(ETIM) has used violence to pursue its aim of establishing an independent so-called “East Turkistan” state within China. The UN says the ETIM is linked with al Qaeda and its members are supposed to have fought along with the Taliban in Afghanistan.

It was later revealed that the militant group was being trained militarily by the Taliban and had close ties with them.

It is not yet clear where their highly advanced weapons came from, but many are sceptical of the third parties and their support for the Uighurs.

Experts on the Chinese issues believe that without the support of foreign countries, the Uighurs would not have been able to form a group and take up arms. They believe that some countries want to counter China’s influence by creating armed groups similar tothe Taliban.

This as China believes that separatist tendencies are widespread in Xinjiang province, which requires government control.

Beijing accuses the ETIM of carrying out a number of terror acts in Xinjiang, where around one million Uyghurs and other minority groups are kept by the government in internment camps.

It was in May that China’s foreign minister Wang Yi said “We should resolutely crack down on the ‘three evil forces’ [of extremism, terrorism and separatism] including the East Turkestan Islamic Movement.”

However, the United States says the Chinese are hard on Uighurs, and Washington’s foreign policy is now focused on controlling the Chinese influence in the region.

Currently, new concerns have been raised as the risk of the Taliban-controlled militant groups is expanding in China. The Taliban have formally extended their hand of friendship to Beijing, while the Chinese opposition is receiving military training in impassable areas controlled by the Taliban.

In such situation, many observers ask what is the connection between the sudden withdrawal of the United States from Afghanistan and the inaction of Washington in the face of the occupation of most of Afghanistan by the Taliban?

To answer this question, we must take into consideration that spread of extremism near the Chinese borders can weaken China’s central government.

The East Turkestan Islamic Movement is not a newly established group. Since 1931, they have been active in northwestern China, revolting against the central government.

In recent decades, the group has been close to Saudi Arabia and Turkey, and has later chosen the Taliban as its close friend.

In this regard, it seems the other world powers are happy that the Taliban are near the Xinjiang borders as they put the Chinese government in hot water.

Uighurs can now travel more easily on the border with Afghanistan, and it will be easier for them to get weapons.

At the same time, the Taliban with the cooperation of the Uighurs will have control over some parts of the Silk Road and it could cause great trouble for Beijing.

On the other hand, it can create a good opportunity for Turkey, because the Americans believe Turkey’s presence in Afghanistan and their proximity with Turkic Uighurs can be a good solution to thwart Chinese threat and domination in the West Asian countries.

All in all, the constant presence of the Taliban near the border with China could turn the Uighurs and their armed activities into a dormant source of trouble for Beijing; something that Washington has always been wishing for.