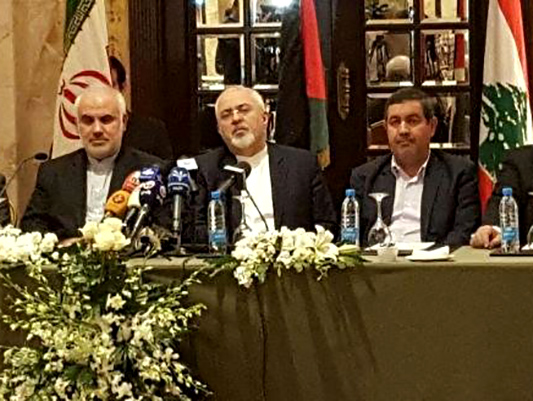 Iranian Foreign Minister Mohammad Javad Zarif deplored certain “angry” countries in the region for making the people of Syria and Yemen pay the price for their political games.

The innocent people of Syria and Yemen are paying the price for the destructive political game played by certain angry countries in the region, Zarif said in Beirut on Monday, without directly naming Saudi Arabia and its military campaign against Yemen.

He made the comments at a gathering of Iranian diplomats and representatives residing in Lebanon. Elsewhere, Foreign Minister Zarif  highlighted the far-reaching impacts of the Joint Comprehensive Plan of Action (JCPOA), a nuclear agreement between Tehran and the Group 5+1 (Russia, China, the US, Britain, France and Germany),  and made it clear that the accord “did not create power for Iran, but removed the obstacles” that were aimed at restricting Iran’s power.

“That is why some countries are worried and furious about this new situation,” he added.

The Iranian foreign minister further hailed Lebanon, Hezbollah and its secretary general, Seyed Hassan Nasrallah, as the symbols of resistance whose role is “a source of pride to us all”.