Suspicious Extremist Activities in Pakistan ahead of Iran FM’s Trip 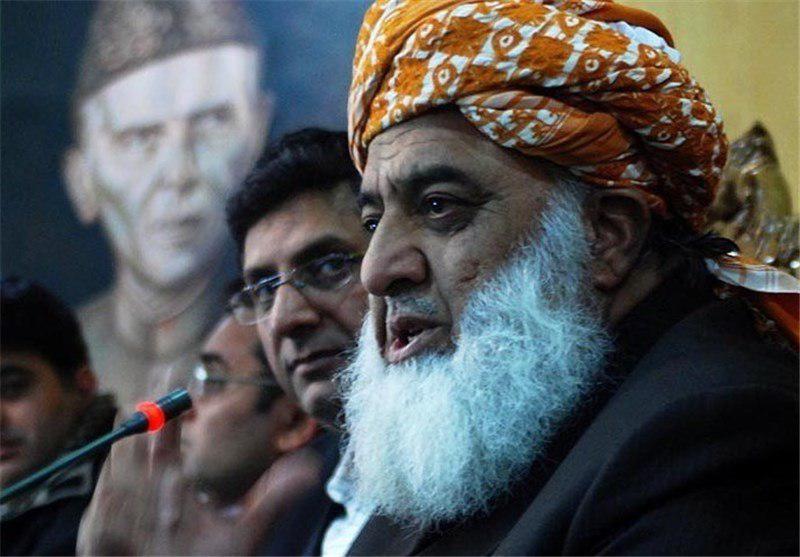 There are reports that extremist groups are involved in intense and suspicious activities on the eve of a trip to Pakistan by Iranian Foreign Minister Mohammad Javad Zarif.

In a bid to eclipse Zarif’s visit which comes to help settle the existing problems and boost mutual cooperation, some extremist groups in Pakistan provoked by Saudi Arabia are seeking to create the impression that the resistance front is to blame for the killing of Syrian people.

Maulana Fazl-ur-Rehman is a Pakistani politician who is currently a member of the National Assembly of Pakistan and the President of the Jamiat Ulema-e-Islam. He has tried, time and again, to make the terrorist group Tehrik-i-Taliban Pakistan lean towards him and to justify their presence. He has announced that all of his supporters will stage protest rallies in Pakistan on Sunday.

On the other hand, one of the Wahhabi sheikhs known as the acting Imam of Masjid al-Haram, has travelled to Pakistan, too, to further stir up the sentiments of Pakistani people. Pakistani media have painted a holy picture of him and described him as the Imam of Kaaba, a Farsi report by Tasnim said.

Fazl-ur-Rehman has described members of Takfiri terrorist groups as “people” and turns a blind eye to their crimes, namely their repeated mortar and rocket attacks on residents of Damascus.

He had claimed that the killing of people in Ghouta by the Syrian army and its allies should be probed by the international community, and that the resistance front should be put under pressure in order for the massacre of innocent people to stop.

This comes as Fazl-ur-Rehman has remained tight-lipped in the face of years of blockade and the killing of innocent people in al-Foua and Kefraya. He has not even asked his terrorist friends to end the inhumane siege.

Pakistan is no stranger to the schemes such as the one engineered by Fazl-ur-Rehman and his backers to neutralize the Iranian foreign minister’s trip and create media hype over it.

Two years ago, another brouhaha erupted in Pakistani media on the eve of Iranian President Hassan Rouhani’s trip to the country. They said a spy attributed to Iran had been arrested. The issue overshadowed the president’s visit to Pakistan and kept the talks from producing the desired result.

A trip to Pakistan by a Wahhabi sheikh referred to as the acting Imam of Masjid al-Haram is very important for the scholars of the Muslim world because he, with his regular trips, injects the easily gained Saudi petrodollars into the pockets of this party in order to fund extremist groups such as the Lashkar-e-Jhangvi and Tehrik-i-Taliban.