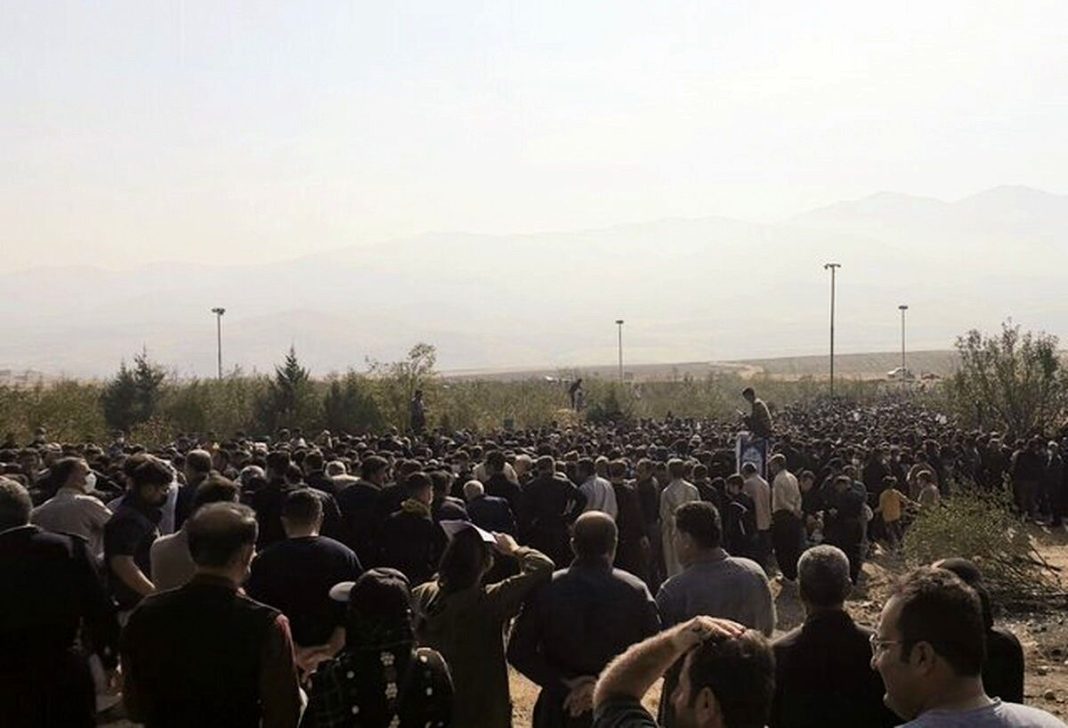 Sporadic clashes are reported in the western Iranian city of Saqqez, Kordestan Province, as thousands of people gathered to mark 40 days since the death of 22-year-old local, Mahsa Amini, whose death led to widespread unrest and deadly riots in Iran.

According to ISNA news agency, up to 10,000 people joined the march to the city’s cemetery to attend the ceremony.

Upon return, ISNA reported, a number of attendees “engaged in incitements”, creating tensions and leading to mourners fanning out in the streets of Saqqez.

According to ISNA, the crowds were chanting local Kurdish slogans in the cemetery.

But, upon return to the city some raised flags of Iraq’s autonomous Kurdistan region, which is a sign of separatism in the Kurdish areas.

The report said that even without the police imposing any restrictions on presence in the ceremony, some participants had covered the license plates of their vehicles with mud and some others had even covered their faces to avoid identification.

That’s amid detentions of rioters in the gatherings planned in different cities over the past 40 days that have caused damage to state and private property.

Meanwhile, some clashes erupted between some of the participants and the police at the entrance of the city before the crowds dispersed.

Following the tensions and sporadic clashes, officials imposed an internet blackout in Saqqez.

Many people reject the official account of the legal medicine organization about the cause of Mahsa Amini’s death in police custody in Tehran. Officials blame a heart attack for the tragic death, while opponents blame ‘police misbehavior’ for that.