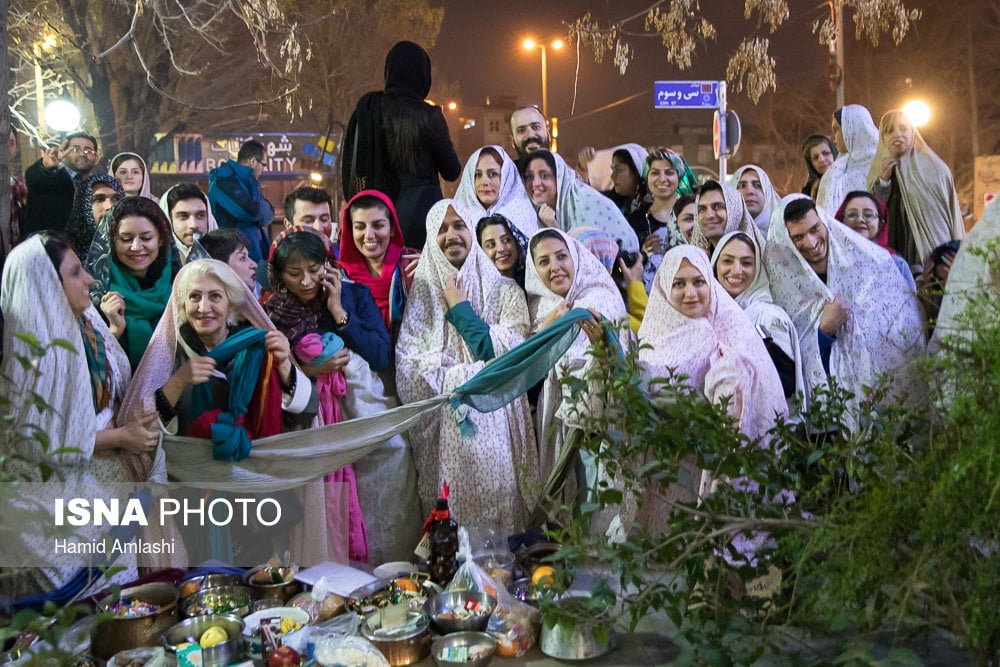 An integral part of the ancient Persian festival Charshanbe Suri (Fireworks Wednesday) is a spoon-banging ritual, which seems to be an ancestor of the trick-or-treating in modern Halloween celebrations.

Every year on the eve of the last Tuesday of the Iranian calendar year, Iranian people do some trick or treating, literally called spoon-banging, where youngsters in disguises visit neighbours and receive snacks.

By the light of the bonfires they have lit, they run through the streets banging on pots and pans with spoons in a ceremony called Qashoq-Zani to beat out the last unlucky Wednesday of the year, while they knock on doors to ask for treats. Indeed, Halloween is a Celtic variation of this night.

The ritual is part of Chaharshanbe Suri, a fire festival in the tradition of Iran’s ancient Zoroastrian religion whose adherents believed in the duality of light (good) and darkness (evil). By lighting bonfires in the streets at the end of the last Tuesday of each year and jumping over them, Iranians sing and chant, “Let your ruddiness be mine, my paleness be yours.”

No Chaharshanbe Suri would be complete without fireworks.

What follows are ISNA’s photos of the pre-Nowruz spoon-banging ritual in Tehran: