Sponsors of Terror Seeking to Transfer Terrorists to Afghanistan: Iran 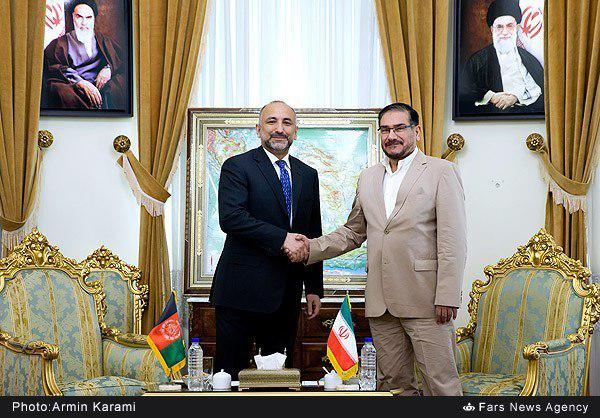 A senior Iranian official says sponsors of terrorist groups seek to trigger instability in Afghanistan and transfer to the country the remnants of defeated militants in Syria.

Secretary of the Iranian Supreme National Security Council Ali Shamkhani made the comment in a Thursday meeting with Mohammad Hanif Atmar, a national security advisor to the Afghan president.

The two top officials met on the sidelines of the ninth meeting of senior authorities of the five continents in Russia, said a report by the Persian-language Islamic Republic News Agency (IRNA).

The Iranian official expressed regret over the recent acts of terror in Afghanistan which killed a large number of innocent people.

He stressed the need to expedite the activities of the five committees dealing with joint cooperation to achieve practical results that would ensure stability and security in the region.

“Joint intelligence and security cooperation between Iran, Afghanistan, Pakistan, China and Russia can, through concentrating and exchanging the potentialities of the five countries, set the stage to halt destabilising schemes launched by certain Western countries and their regional allies,” he said.

Atmar, in turn, described as very significant, noteworthy and realistic the speech delivered by Shamkhani at the 9th Russia Security Conference. He further said cordial and growing relations between Tehran and Kabul are not against any country and are not swayed by the political approaches of other states.

He touched upon the apprehension, by Afghan intelligence services, of a large number of foreign nationals who were members of the ISIS terrorist group and who had recently entered Afghanistan illegally.

He said such moves are signs of a dangerous plan to use Afghanistan’s geography to once again organise terror groups, adding Kabul should tackle this trend with more sensitivity than ever.