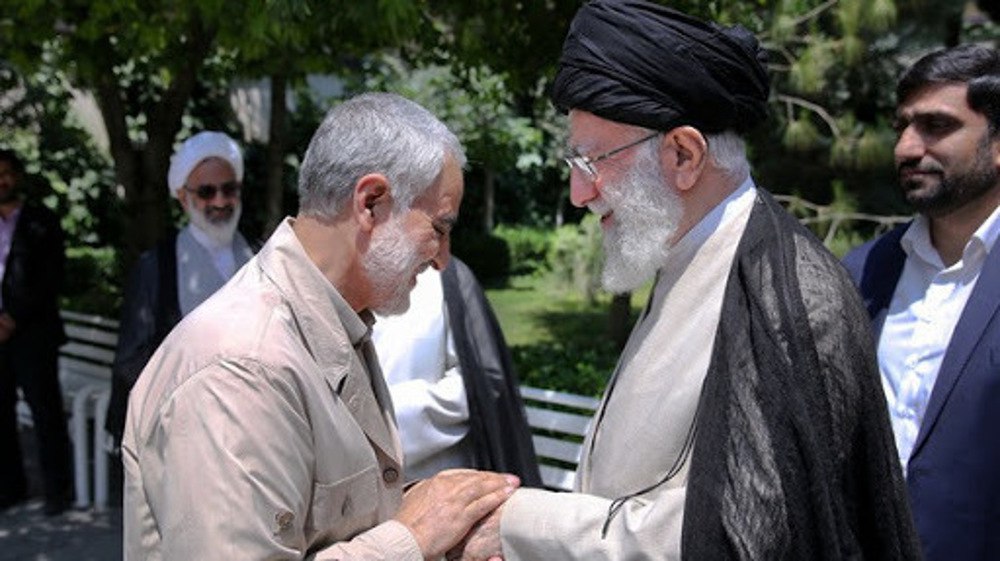 Last week, Ayatollah Khamenei lent the autograph to the book, whose title translates as “I was Not Afraid of Anything.” The autobiography was unveiled at a ceremony in Tehran on Sunday.

The Leader’s note reads, “Anything that brings the memory of our dear martyr to the fore appeals to the eye and the heart.”

“Even though, God has brought his memory to the height of prominence and, in this manner, rewarded the purity of his good deeds, each and every one of us also has a duty,” Ayatollah Khamenei wrote, underlining the need for the Iranian nation to commemorate General Soleimani.

The 136-page book is the first work to be published by Haj Qassem Publications that is tasked with safeguarding his legacy through written content.

The book features handwritten notes by the general, spanning from his childhood years through his youth and up to his participation in the struggle that led to the victory of Iran’s Islamic Revolution in 1979.

General Soleimani, who commanded the Quds Force of Iran’s Islamic Revolution Guards Corps (IRGC), was admired as the Middle East’s most influential and charismatic counter-terrorism leader. He played a key role in helping Iraq and Syria defeat foreign-backed terrorists, chiefly Daesh, in late 2017.

The top commander was assassinated on January 3, 2020 in a drone strike in Baghdad upon a direct order by US President Donald Trump.

His Iraqi trenchmate Abu Mahdi al-Muhandis, deputy commander of Iraq’s Hashd al-Sha’abi anti-terror force, along with several others were also killed when their convoy was hit.