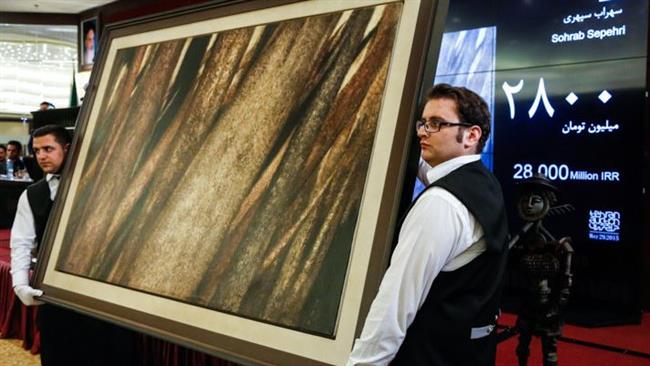 The total revenue of the sales added up to over $6.4 million.

The fourth Tehran Auction has broken the all-time record of Iran’s art auctions thanks to the sale of a painting by renowned Iranian poet Sohrab Sepehri for over $845,000, which brought the total revenue of the sales to over $6.4 million.

The 4th round of the event, dubbed Modern and Contemporary Iranian Art Auction, was hosted by actor Reza Kianian in Tehran on Friday.

“We didn’t think that we could organize the second edition of the Tehran Auction and now, I am happy that the fourth edition is being held,” Kianian told Mehr news agency as the auction began.

The second most expensive sale of the event was another painting by the late Iranian poet and painter, which was sold for about $600,000.

During the 4th Tehran Auction, a total 126 works of art by various artists, including  Masoud Arabshahi, Mohammad Ehsaii, Jalil Rasouli, Behjat Sadr, and Parviz Kalantari went under the hammer.