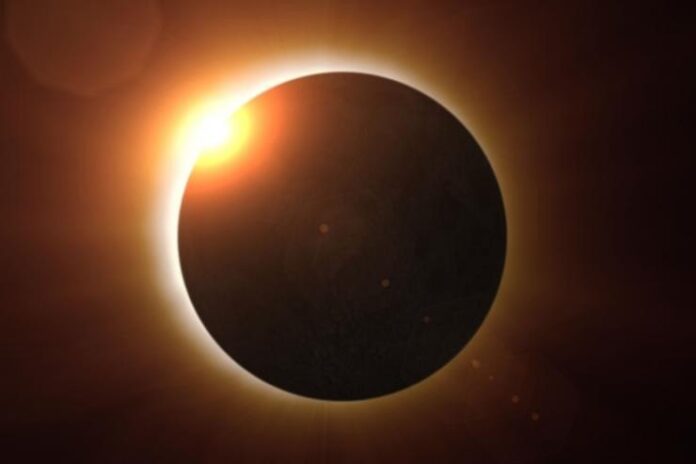 Skygazers, space fans and nature-lovers across the world are waiting to enjoy a rare phenomenon as an annular solar eclipse strikes the Middle East and Asia on Thursday December 26.

A ring-type partial solar eclipse will also be visible throughout Iran on Thursday. Observers in the capital Tehran can observe this astronomical phenomenon at 7:13 Thursday morning as dawn seeps across the eastern horizon, and it continues until 8:23.

Masoud Atiqi, Director of the Iranian Amateur Astronomical Society told ISNA that the last solar eclipse of 2019 will occur in the last days of December and at the beginning of winter.

This is a circular eclipse that can only be seen in a limited part of the earth, and Iranians are lucky that it could be seen throughout the country.

Atiqi said the amount of obstruction across the country is different adding that the lowest obstruction will be about 45% and the highest amount about 86%, which will be observed in the southern parts of the country, including Kish and Qeshm islands. According to him, this phenomenon is visible in Tehran with about 61% of clarity.

It’s happening along a path that’s 118 kilometres wide. It will be visible from Saudi Arabia—where the sun will rise as a “ring of fire”—Qatar, the UAE, Oman, southern India, northern Sri Lanka, the Indian Ocean, Malaysia, Singapore, Indonesia, the Philippines and Guam, where the sun will set as a ring of fire. A partial solar eclipse will be visible across the Middle East, south-east Asia and Australia as well.

While in the Persian Gulf countries it takes about one minute, in India it reaches more than three minutes. The longest time will be three minutes and forty seconds, underlined Atiqi.

An annular solar eclipse happens when a new moon is farthest away from the Earth, and this appears smaller in the sky. Therefore, when the moon is in line between the sun and the Earth, it will cover the centre of the sun, and not cover it fully, resulting in a partial eclipse and the ‘ring of light’ effect.

A solar eclipse usually occurs about two weeks before a lunar eclipse. And the first lunar eclipse of 2020 is happening on January 10, 2020.

It is recommended in Islam that people pray when an eclipse happens. Muslims believe that eclipses serve as a divine reminder to be righteous.