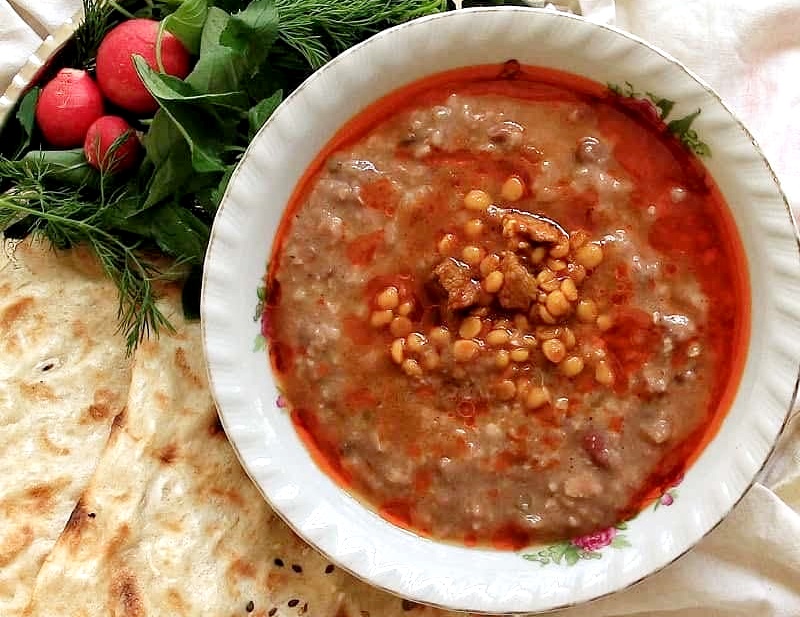 The Mashhadi Pudding, locally known as Sholeh Mashhadi, is a special kind of broth indigenous to the northeastern Iranian city of Mashhad.

There is insufficient historical information about the origin of Shole (an Iranian food). But some people believe that Shole Mashhadi was invented in the Khorasan region (Wikipedia) during the Mongol invasion of Iran.

During this period, due to shortage of time and food, Khorasanians poured, mixed and cooked any available food in large pots.

Many people think that Shole Mashhadi is a Mongolian food. But in fact, being Mongol here means that it was invented at the time of the Mongol invasion. On the other hand, some believe that almost 80 years ago, this food was cooked for the first time in Mashhad by a chef. Because the process of preparing Shole Mashhadi is very laborious and expensive, it is usually not cooked at home.

The main ingredients of Sholeh are meat, pulses and a lot of spices. Some cow bone marrow can be added to make the food more delicious and nutritious. 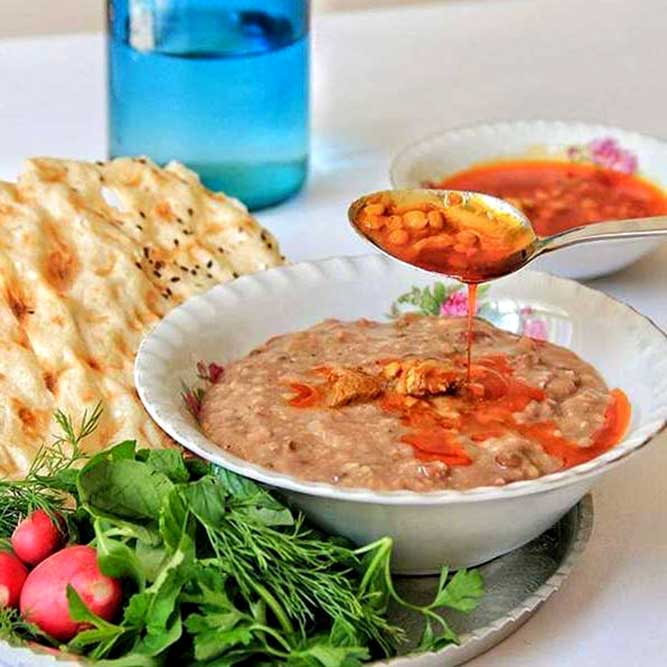 Mung beans: A quarter of a cupful

Salt/Pepper: As much as needed

Put the meat and chopped onions along with salt and pepper in 2 litres of water to be cooked through. Then shred the meat. The pulses, which have already been drenched, are left on the flame to be half cooked. Then add bulgur to it till it begins to boil. Then add rice and keep stirring the food to keep it from getting burned and stuck to the bottom.

6. The cooking pot should be quite large and spacious so that the ingredients have enough space for cooking.

7. Due to the different cooking times of the āsh ingredients, be careful in the order of adding the ingredients to the āsh.

8. During the whole cooking time of the Shole, its constant stirring is very important, especially after the time of adding the semolina, because it settles very quickly. 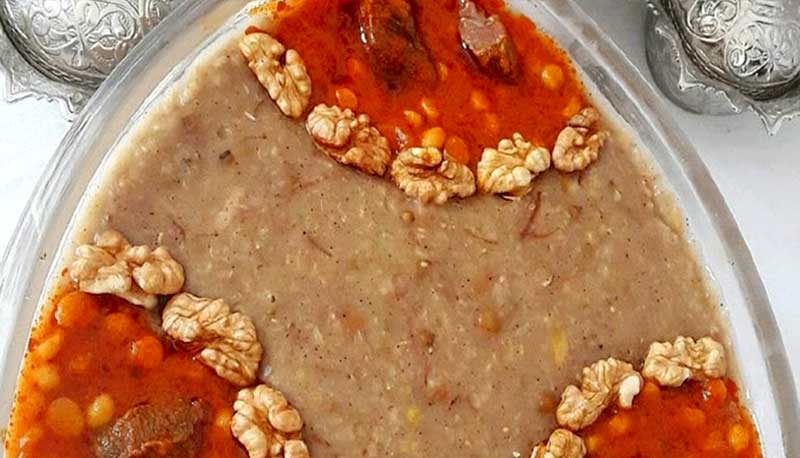 9. In preparing Shole Mashhadi āsh, the more the meat, the tastier and more elastic the Shole becomes. Note that during cooking, if the Shole needs extra water, boiled water must be added to it.

10. Shole Mashhadi can be served with sugar or salt.

11. You can use red beans instead of pinto beans in preparing the flakes. Note that it must be boiled separately and after cooking, the red water must be discarded so that the color of the flakes does not change.

This local and traditional food is also cooked with different methods in other cities of Razavi Khorasan province. Sholeh Mashhadi is always cooked in large quantities and on special occasions, especially in the month of Muharram, by a special chef, and it is very important for Mashhadis.