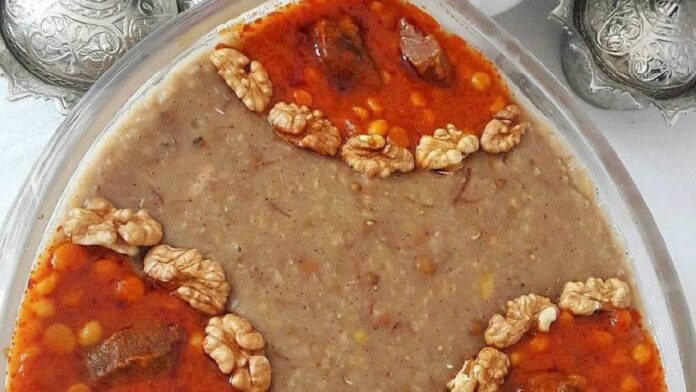 The Mashhadi Pudding, locally known as Sholeh Mashhadi, is a special kind of broth indigenous to the northeastern Iranian city of Mashhad.

The main ingredients of Sholeh are meat, pulses and a lot of spices. Some cow bone marrow can be added to make the food more delicious and nutritious.

Mung beans: A quarter of a cupful

Salt/Pepper: As much as needed

Put the meat and chopped onions along with salt and pepper in 2 litres of water to be cooked through. Then shred the meat. The pulses, which have already been drenched, are left on the flame to be half cooked. Then add bulgur to it till it begins to boil. Then add rice and keep stirring the food to keep it from getting burned and stuck to the bottom.