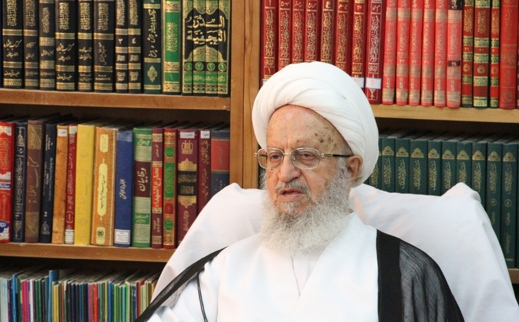 Ayatollah Makarem Shirazi has welcomed the holding of a Shiite-Sunni conference to review the most important obstacles in the way of Islamic unity.

Senior Iranian cleric Ayatollah Nasser Makarem Shirazi has welcomed a call by the Grand Imam of the al-Azhar Mosque, Egypt’s top Muslim authority, for a unity meeting of leading Sunni and Shia scholars.

Ayatollah Makarem Shirazi has sent a letter to al-Azhar’s Sheikh Ahmed el-Tayeb, proposing a conference between top Shia and Sunni scholars “to review the most important obstacles in the way of Islamic unity” and “to set forth the most significant, necessary measures for reinforcing Islamic unity,” the Iranian cleric’s international affairs advisor Ayatollah Seyyed Mohammad Hosseini Ghazvini told reporters on Monday, without specifying the date the letter was sent.

The call by Tayeb had been aired on Egypt’s state TV on July 22 during the holy month of Ramadan.

Stressing the necessity of “coexistence and peace” between Shia and Sunni Muslims, Tayeb had urged Sunni scholars to issue a fatwa (religious decree) prohibiting the killing of Shia Muslims.

He had also called on Shia scholars to issue a similar fatwa banning the killing of Sunni Muslims.