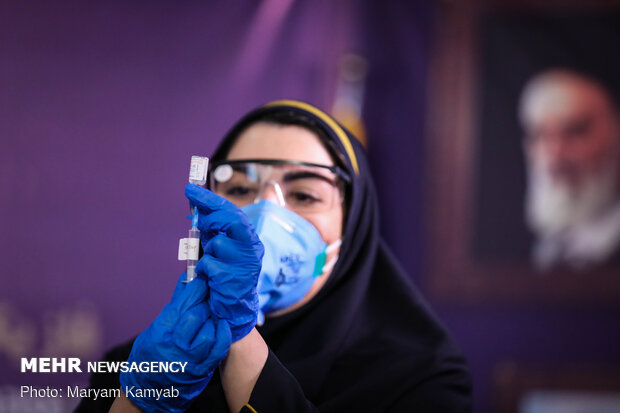 A second group of volunteers have received an Iranian vaccine for the coronavirus as part of a human trial on Monday.

Four new volunteers were injected with COVIran on Monday, a vaccine developed by Iranian scientists at the Barakat Foundation, affiliated with the Headquarters for Executing the Order of Imam Khomeini.

An official at the headquarters said authorities gave permission for the test on the four individuals after a detailed analysis of health conditions of the first three volunteers who received the jab on December 29.

The first person to get the Iranian vaccine was the daughter of chairman of the Headquarters for Executing the Order of Imam Khomeini.

The volunteers injected with the homegrown vaccine are accommodated at a hotel in Tehran.

In comments on Sunday, the Iranian health minister said a domestically-produced vaccine for the coronavirus will be definitely ready for use by the end of spring.

He also gave an assurance that the pilgrims planning to take part in the next year’s Hajj in Saudi Arabia will have access to both the Iranian vaccine and the ones purchased from other countries.