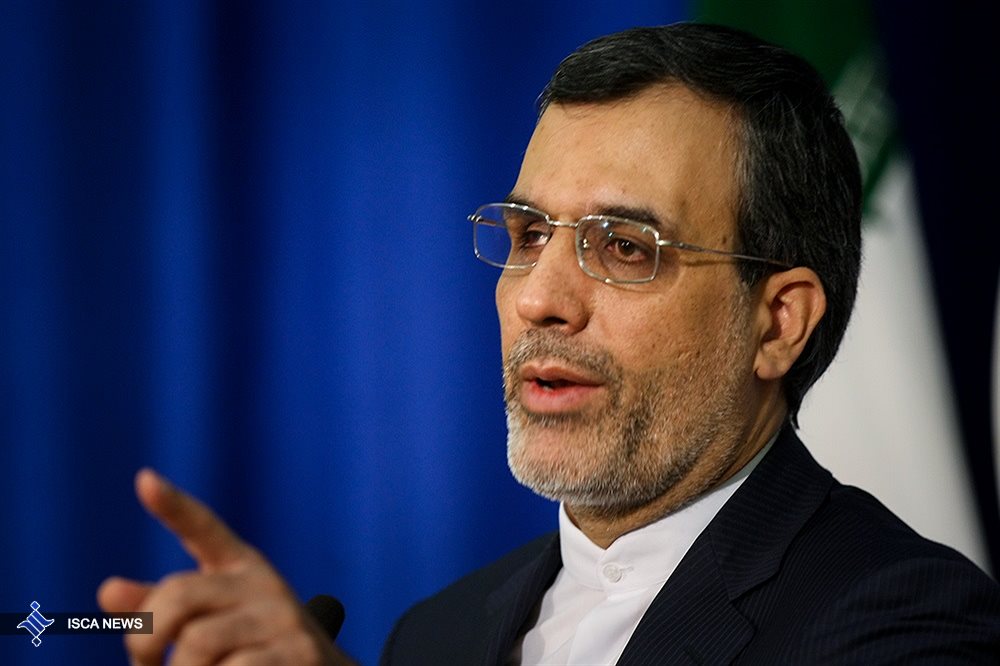 The Foreign Ministry spokesman has said that JCPOA and relations with regional and international powers are national issues which should be excluded from partisan and factional bickering.

Over the past two years, the Saudi government has openly aligned itself with the Zionist regime and tried to use all manner of means to interfere with Iran’s renewed interaction with foreign countries and [the conclusion of] the Joint Comprehensive Plan of Action. Riyadh has exhaustively tapped into its potential to materialize such a goal.

Foreign Ministry Spokesman Hossein Jaberi Ansari wrote this at the beginning of a piece Vaghaye-e Etefaghiyeh daily published on January 5. The following is the translation in its entirety of the piece – which focused on Saudi Arabia and what developed in the wake of the Saudi execution of prominent Shiite cleric Sheikh Nimr:

After its attempts to obstruct the conclusion of JCPOA failed, the Saudi government tried to stop the Iran nuclear deal from being implemented; we have now gone through the latter stage.

It is crystal clear that in current circumstances Saudi Arabia – like Israel – is seeking to advance its interests in two core issues: confrontation with Iran and continuation of crises in Western Asia. In other words, to the Saudis growing regional tensions safeguard their interests and even their survival.

A question arises here as to whether or not the Saudis will be able to create an alliance against Iran in the region. That will not be an easy path to walk down, I should say, because those countries which characterize themselves as politically independent and pursue their own goals and plans, will never accept to follow in the footsteps of Saudi Arabia.

Those countries which value and respect their past and have a broader knowledge about the current trends in the world have set their own priorities which are different from those of Saudi Arabia. There is a dividing line between the policies of other countries and those of Saudi Arabia’s, both at regional and international levels, a distinction whose signs are clearly visible.

As for what happened [on Saturday] at the Saudi Embassy in Tehran, we see a kind of law-breaking by certain groups. Those behind the embassy attack are being duly dealt with, and some of them have been arrested and referred to judicial officials.

Iran honors its commitments on ensuring the security of foreign embassies and diplomatic missions under international conventions. This is not the first case in this regard; what matters more is that the Iranian government has fulfilled its commitments and that the law enforcement and judicial forces have put top on their agenda efforts to [seriously] deal with the perpetrators of the Saudi Embassy incident.

There are speculations that certain groups at home who are opposed to the Joint Comprehensive Plan of Action resort to such approaches in a bid to create obstacles in the way of the government’s [foreign] diplomacy.

But we should bear in mind that foreign policy issues are like national and sovereignty-related questions. These questions – either JCPOA or relations with regional and international powers – are national issues which should be excluded from partisan and factional bickering.

What the foreign policy apparatus has on its agenda for dealing with questions such as the Iran nuclear deal and regional and international relations comes from policies adopted by the country’s high decision making bodies. As the executor of national and sovereignty-related decisions, the Foreign Ministry simply carries out the decisions and deals with the details.

We believe that it is by no means acceptable and befitting to turn questions of national and foreign policy value into bones of contention and use them as a means to settle political scores. Such a behavior will only waste the country’s potential and capabilities and cause Iran to face further problems.

In the capacity of Foreign Ministry officials, we call on all people, figures, [political] groups and parties to contemplate the following idea: in dealing with foreign policy issues, national interests should not be tied to daily issues.