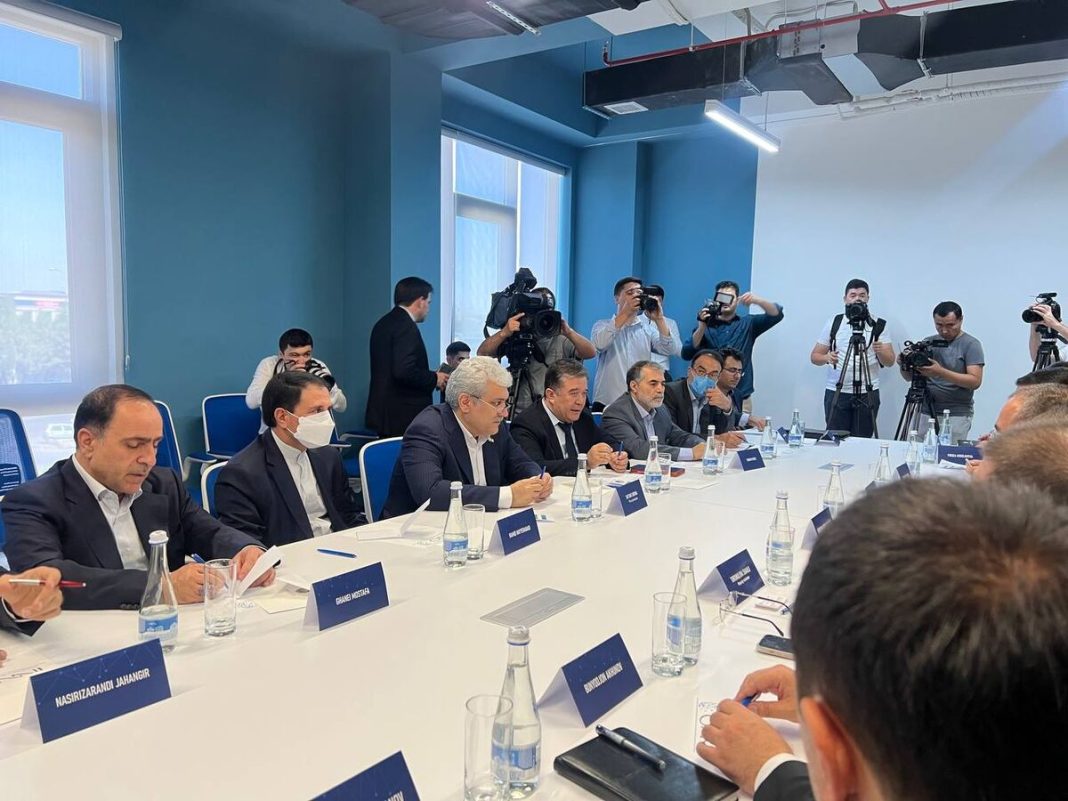 Iranian Vice President for Science and Technology Sorena Sattari held talks with Uzbekistan’s Minister of Innovative Development Ibrahim Abdurakhmanov, emphasizing the need for the expansion of technological exchanges between the two states by benefiting from the capacities of knowledge-based and creative companies.

Heading a delegation of 40 knowledge-based and creative companies, Sattari traveled to Uzbekistan to help pave the way for the development of scientific and technological exchanges between two countries.

The visit seeks to kick-start long-term cooperation and help define joint projects, and set the stage for joint meetings between Iranian and Uzbek knowledge-based and creative firms with the goal of promoting the market of Iranian products in Eurasia.

In the first meeting on the agenda of his two-day visit, Sattari sat down with Abdurakhmanov.

He later spoke to the reporters and praised the hospitability of Uzbekistan’s officials.

“A new chapter has been opened in technological and scientific cooperation between the two states, with knowledge-based and creative companies serving as the main pillars of the joint efforts,” Sattari said.

“In recent years, Iran has experienced a remarkable growth in the area of knowledge-based economy, especially in the areas of nanotech, ecotechnology, aerospace, medicine, and agriculture,” the Iranian official.

“In Iran, we have over 7,000 knowledge-based and creative firms which can serve as a new bridge between the two states facilitating the expansion of exports and imports and the development of technologies that would form the future pillars of energy and economic exchanges between the two countries,” he added.

Sattari further said, “Uzbekistan has made very notable progress in innovation areas and I think the country’s authorities have made right decisions for Uzbekistan’s future. Uzbekistan has a young educated population, with whose help the country can promote the innovation field powerfully.”

“The presence of Iranian start-ups and investors can bring a good future for cooperation between the two countries and open a new page in technological and scientific exchanges between Iran and Uzbekistan,” he said.

“Today, it’s the first time I’m in Uzbekistan. I thank the country’s officials for their hospitability and I hope good things will happen in technological and scientific exchanges between the two countries,” Sattari said.

Sattari is in Uzbekistan to pave the way for the development of technological and scientific exchanges between the two states.

Technological firms, which operate in technological fields such as agriculture, animal husbandry and health, will take part in expert meetings with 150 corresponding Uzbek companies and will work to increase their share of Uzbekistan’s market.

Meanwhile, an exhibition is being held in Uzbekistan putting on display 100 products from 80 Iranian creative and knowledge-based companies. Managers of Uzbek tech firms and businesspeople will visit the exhibition, in what could be an opportunity for Iranian knowledge-based and creative products to make their way into this country’s market and the broader Eurasia region.