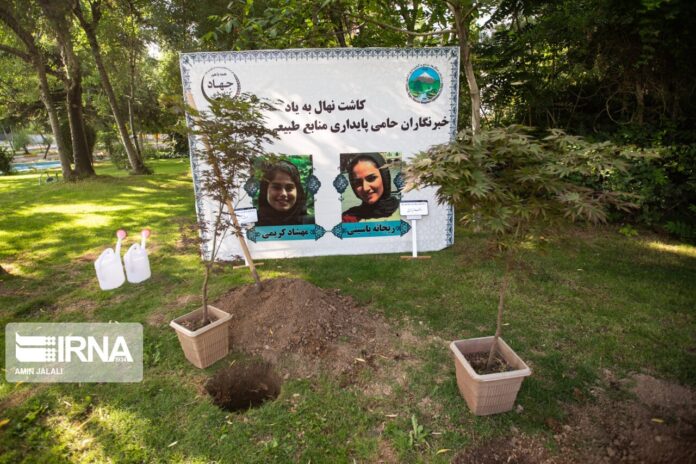 Two saplings have been planted in the precincts of the Forests, Range and Watershed Management Organization of Iran in memory of two late correspondents of IRNA and ISNA news agencies, who lost their lives during a bus crash incident near the northeastern city of Orumiyeh nearly two weeks ago.

The saplings were planted on the sidelines of a ceremony, attended by Minister of Agriculture Kazem Khavazi and Managing Director of IRNA New Agency Mohammad Reza Norouzpour, to mark the World Day to Combat Desertification and Drought.

The move was in appreciation of the media community’s assistance to the Forests, Range and Watershed Management Organization to advance its mission.

On June 23, a group of 25 correspondents headed to the city of Piranshahr to visit the ongoing projects for revival of Lake Orumiyeh. Their bus overturned 15 kilometres away from the city, leaving Reihaneh Yasini and Mahshad Karimi, who were environment correspondents from IRNA and ISNA news agencies, dead. They were laid to rest in Tehran cemetery’s special section for the noted people two days later.