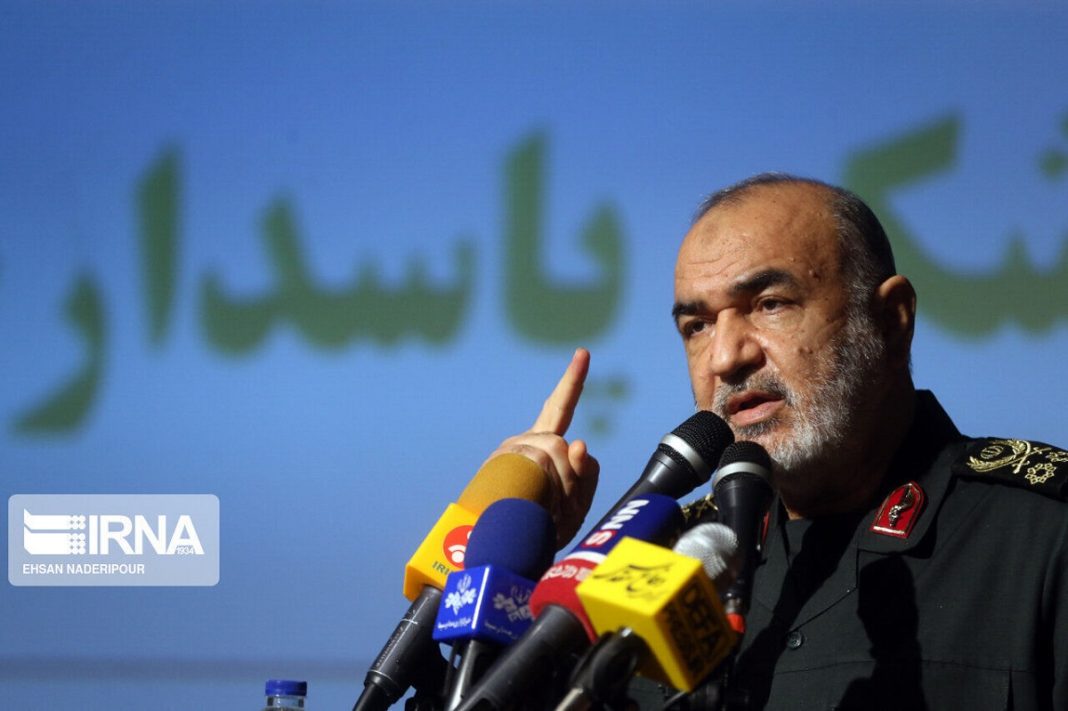 The chief commander of Iran’s Islamic Revolution Guards Corps (IRGC) praises the bravery of the elite military force’s Navy in the face of threats, saying it is unwavering faith that makes the country’s Armed Forces unbreakable against the enemies besides military might.

“Today, we have nothing less than the enemies’ [military equipment]; state-of-the-art missiles, vessels with high stability at sea and other sea-based hardware. Such equipment gets invincible only when accompanied by the brave soldiers’ true faith,” Major General Hossein Salami said during a ceremony on Thursday.

“Our criterion is not enjoying equality with the enemies in terms of armaments but strong faith, which is the key to success on the battlefield,” he said during the event held to pay tribute to the IRGC’s naval forces.

“I’m sure that there is no fear of the enemies’ superficial grandeur in your hearts” but the main factor needed to face them is faith, he said in an address to the IRGC naval forces.

Salami described the IRGC Navy as a powerful and experienced force, with a mission to pave the way for the Islamic Republic’s presence in the far seas.