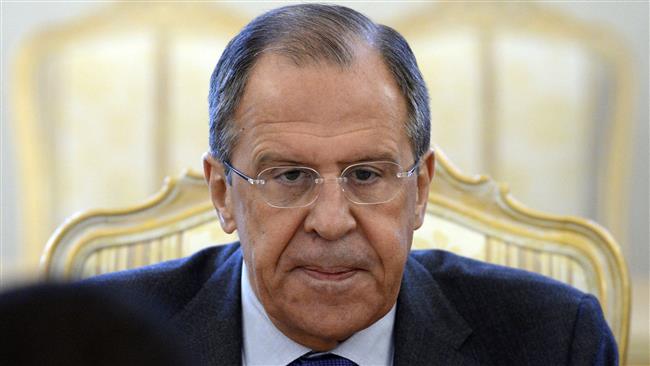 Lavrov hailed a mutual understanding reached between Tehran and P5+1 in Lausanne, saying it could result in a final deal and consequently the lifting of all anti-Iran sanctions.

Russian Foreign Minister Sergei Lavrov has supported an immediate lifting of all “unlawful” sanctions against Iran as a result of a possible final deal over Tehran’s nuclear program.

In an interview with the Argumenty i Fakty Russian weekly, Lavrov hailed a mutual understanding reached between Tehran and P5+1 on Tehran’s nuclear program in the Swiss city of Lausanne, saying it could result in a final deal and consequently the lifting of all anti-Iran sanctions.

“We believe that further progress on this track, the soonest lifting of anti-Iranian sanctions – both those imposed by the United Nations Security Council and all unilateral restrictions – meet our national interests,” he said.

The settlement of disputes over Iran’s nuclear program “will do good to the bilateral trade and economic ties [between Tehran and Moscow] and, correspondingly, will be beneficial for Russia,” the senior diplomat said.

Lavrov also highlighted Iran’s role in the Middle East, saying “we are confident that Teheran’s full-fledged participation in regional affairs will serve the tasks of ensuring security” in the Middle East and North Africa.

At the end of eight days of intensive nuclear negotiations in Lausanne, Iran and P5+1 – the United States, the United Kingdom, France, Russia and China plus Germany – reached a mutual understanding on Tehran’s nuclear program on April 2. The two sides will now work on drawing up a final accord by the June 30 deadline.

Among the key points of the Lausanne statement is the lifting of all sanctions against Iran once a final deal is reached on the Islamic Republic’s nuclear activities.

Iran and the six countries are to hold a new round of talks in the Austrian city of Vienna on Wednesday to start drafting a final deal.