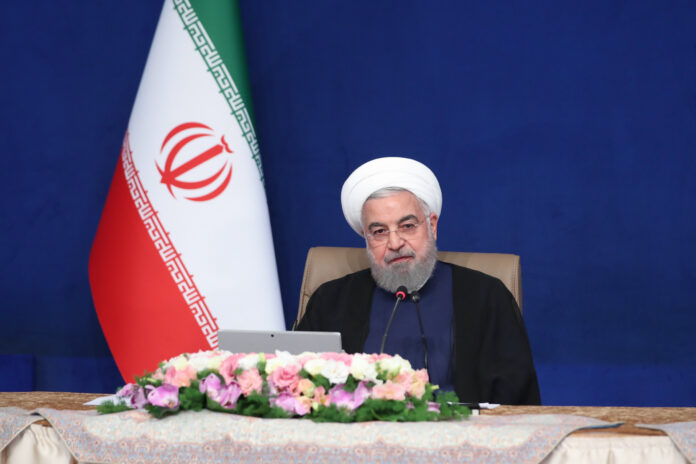 Iran’s President Hassan Rouhani says the enemies are once again testing the Iranian nation’s will, but the people have resisted all pressures and will not let them achieve their goals.

Speaking in a Wednesday cabinet session, Rouhani said the US’ strategic mistake since 2019 was that it thought it could bring the great nation of Iran to its knees through economic pressure and the imposition of sanctions, However, he said, we are now in the middle of the third year, and Iranians are resisting the pressure more than ever.

“Although they put the Iranian nation in trouble, today they have lost their reputation in the world and even among their own people. They will certainly not achieve their goals and will surely regret it,” added President Rouhani.

Despite the fact that the Islamic Republic has been facing sanctions and the coronavirus pandemic during the past seven months, fortunately the country has achieved economic growth in July and August, underlined Rouhani.

Since leaving the 2015 nuclear deal, officially known as the Joint Comprehensive Plan of Action (JCPOA) in May 2018, the administration of US President Donald Trump has dialed up efforts to kill the nuclear accord.

In August, Washington proposed a resolution to extend the UN arms embargo on Iran due to expire on October 18 under UN Security Council Resolution 2231, which endorsed the JCPOA.

However, it failed to get it passed as Russia and China voted against the resolution and the remaining 11 council members, including France, Germany and the UK, abstained.

US Secretary of State Mike Pompeo then filed an official complaint with UNSC President Dian Triansyah Djani, accusing Iran of violating the JCPOA.

He claimed that Washington was still a participant in the JCPOA and therefore retained the right to activate a 30-day countdown to a return of all UN sanctions that had been imposed on Tehran before the nuclear agreement.

But, the remaining signatories to the JCPOA maintained that since the United States had left the accord, it had no right to act under its provisions and could not trigger the so-called snapback of sanctions.