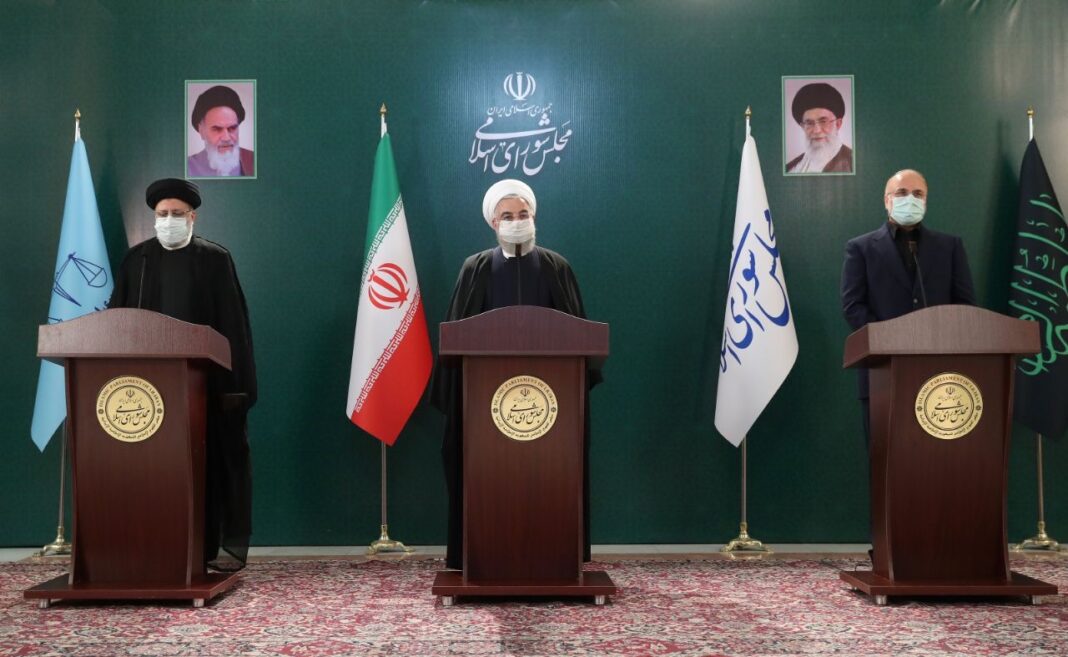 The heads of the three branches of the Iranian government see eye to eye on the necessity of neutralizing US sanctions on the country.

At the end of a meeting of the top three officials, Iranian President Hassan Rouhani said the Iranian nation has an excellent track record in terms of standing up to the US economic war and anti-human sanctions as well as handling the coronavirus pandemic.

“As the Supreme Leader said, our first job is to neutralize the inhuman sanctions, and we had good discussions on that and on the methods to choose and steps to be taken in that regard,” said Rouhani, the head of the Executive branch, at the end of his meeting with head of the Legislative branch Mohammad-Baqer Qalibaf and chief of the Judicial branch Ebrahim Raisi.

Also on the agenda at the meeting was the national spending package for the Persian New Year starting March, 2021.

“We also exchanged views on next year’s budget bill which has been presented to Parliament and on how Parliament and the [Rouhani] administration can cooperate in that regard and on the possible amendments to the bill,” President Rouhani noted.

He said the issue of the coronavirus vaccine also came up for discussion during the talks.

“Unfortunately, there is a bipolar atmosphere and certain comments with regards to the coronavirus discussion, which are not constructive, proper and useful,” the president complained.

He said Iran is trying different avenues to procure vaccines for the virus.

“The first path is to produce the vaccine in the country. To that end, two major institutes and one knowledge-based company are working, and we hope they will be fully successful,” he said.

President Rouhani noted Iran is also trying to develop a vaccine in cooperation with another country.

Iran is also trying to purchase vaccines from other countries, he said.