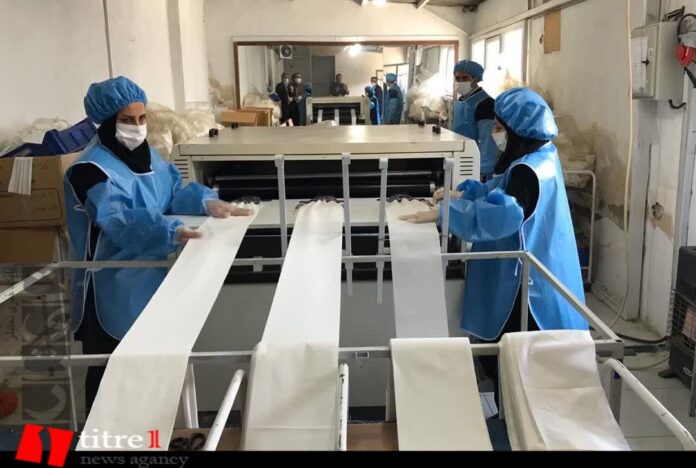 Mohammad Shariatmadari said hundreds of thousands of other medical supplies were also produced by the organization and other workshops working under its supervision.
He, however, said what is more significant than the production of these medical items is national unity consolidated amid the pandemic.

“How many items have been produced is unimportant; what is important is the solidarity and unity of the Iranian nation all across the country to fight this phenomenon which has emerged not only in Iran, but in other parts of the world as well,” he said.

“The unity, solidarity and rapport that have been created today among officials and people at all levels may be our most significant achievement amid this unpleasant phenomenon (coronavirus outbreak),” he added.

Elsewhere in his remarks, the minister described US sanctions against Iran as a “virus” affecting Iran.

“Since the beginning of this year, we have been facing the wicked coronavirus in addition to the virus of sanctions imposed on the Islamic Republic of Iran by hegemonic powers in recent years,” he said.

“We have been gripped by the coronavirus outbreak in the country as a new ordeal. The Iranian nation has always put up a stiff resistance against threats and remained united, turning threats into opportunities,” the minister added.

He also expressed regret over the fatalities caused by the COVID-19 pandemic.
“It is true that some of our fellow countrymen lost their lives during the course of this unholy happening, and were extremely sorrowful because of that and we wouldn’t like this trend to continue,” said Shariatmadari.

The minister urged people to keep abiding by health protocols to help stem the spread of the disease.

“We should make every effort in that regard by maintaining personal hygiene, keeping social distances and paying due regard to health issues, which is not very hard to do, and which will help save lives if done,” he noted.

“We should take major steps in that regard and rid the country’s health and treatment system of the extreme pressure caused by the rapid spread of this virus,” he concluded his remarks by saying.