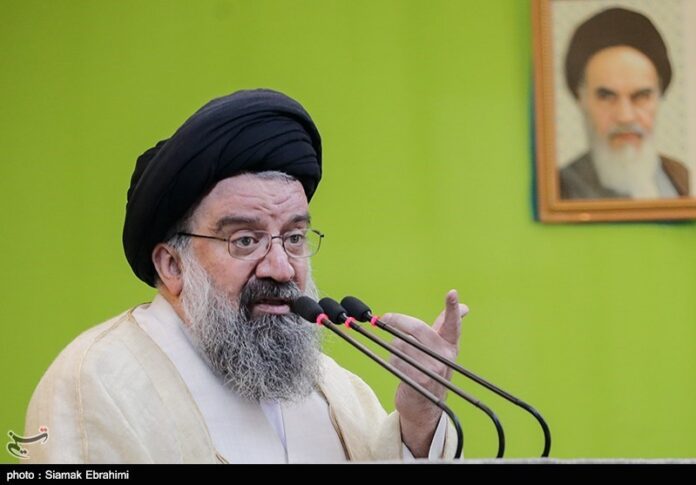 A senior Iranian cleric says Saudi Arabia is so shameless that it interferes in Lebanon’s domestic affairs by forcing its premier to resign.

“Riyadh summoned the prime minister of another country (Lebanon’s Saad Hariri); there is no submission more humiliating than this in the arena of politics,” he added.

He added Saudi Arabia will see the result of its actions.

“Saudi Arabia will receive such a slap in the face that it will not be able to stand back on its feet,” he stressed.

He then underscored that Iran is so powerful that Saudi Arabia cannot confront it.

“This immature kid in Saudi Arabia keeps threatening Iran and Hezbollah and saying they will confront us; shame on you; [former Iraqi dictator] Saddam Hussein was stronger than you; he  locked horns with the Iranian nation, and this nation made him sorry; you’re no match for us,” he added.

Ayatollah Khatami then highlighted the strong unity among, and religiosity of Iranian people.

He underscored that religion is embedded in Tehran as manifested in congregational religious ceremonies and processions.

“Of course, some problems exist, but they should not be blown out of proportion,” the top cleric said.