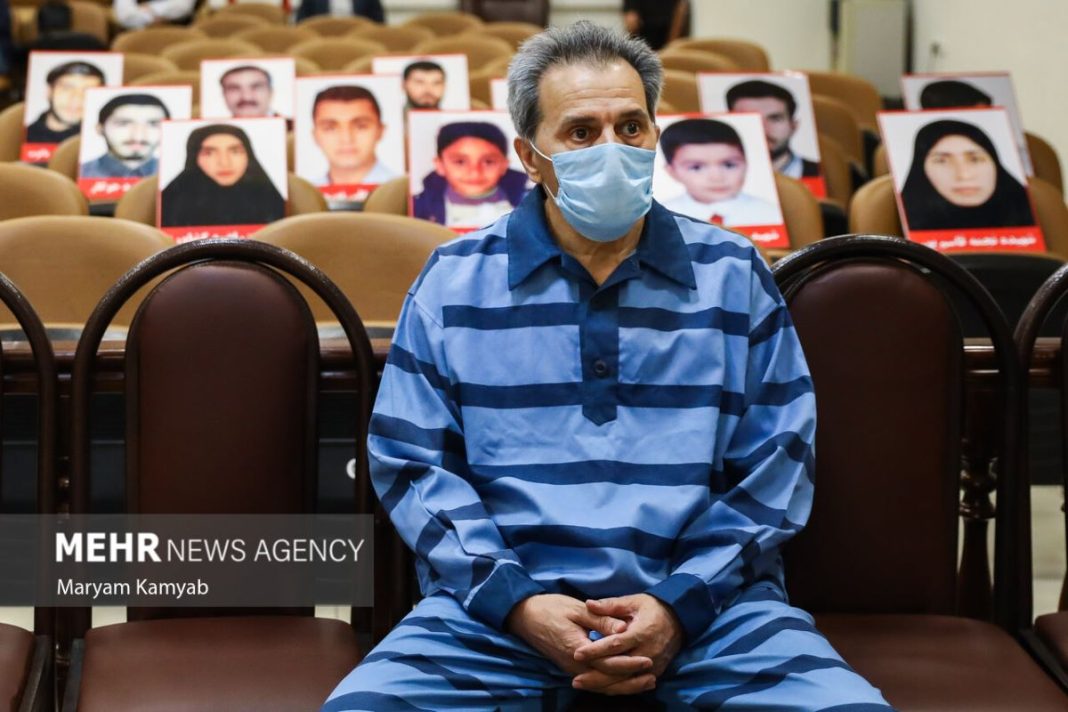 The leader of an anti-Iran terrorist cell known as Thunder has answered questions by a judge at the Revolutionary Court in Tehran.

At the beginning of the 7th session of the trial, the judge read the indictment against Jamshid Shaarmahd in the presence of the defendant’s lawyer.

He then ordered Shaarmahd to stand in the dock and explain how the group plotted the bombing of a religious gathering that killed several people including minors in the southern city of Shiraz several years ago.

Shaarmahd denied that he was behind this act of terrorist and blamed it on a man named Majid Rastgou.

The judge then ordered the defendant to give an explanation about other terrorist operations in Iran that he orchestrated. Shaarmahd denied that he was behind any acts of terrorism in Iran including bombings, saying he was engaged in subversive acts but did not play a role in bombings and similar incidents.

The judge also enumerated a number of other terrorist attacks in Iran that Shaarmahd is accused of carrying out.

But he denied all but one, that is, the bombing of an antenna of the IRIB in Fars Province.