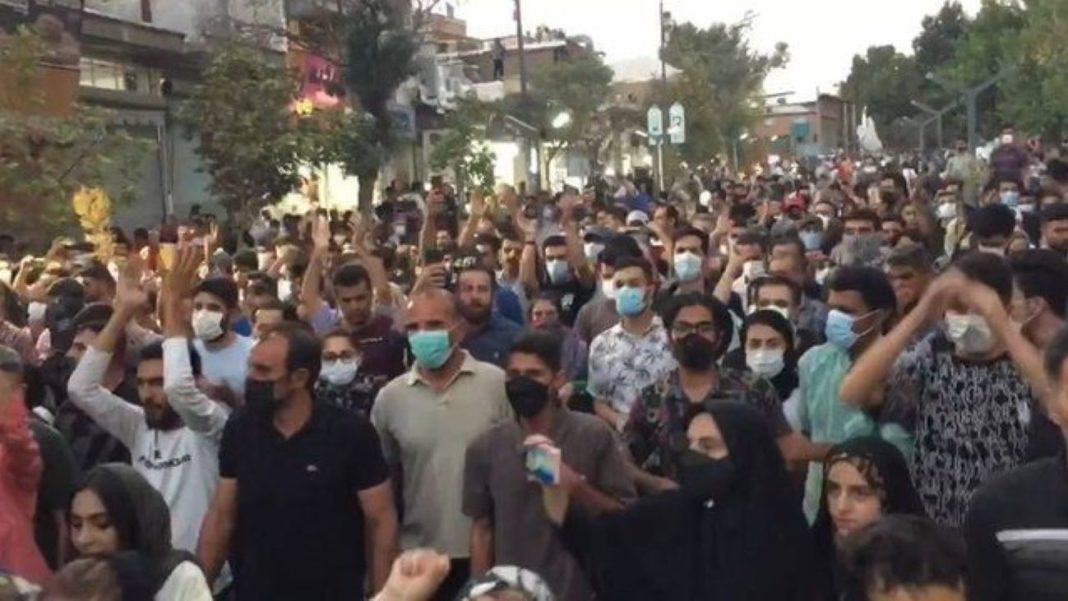 Hundreds of people took to the streets in the Western Iranian city of Sanandaj, the capital city of Kurdistan Province, on Sunday evening to protest the death of a young woman who died of a heart attack while in morality police custody last week, Fars News Agency reported.

Mahsa Amini, 22, was on a visit to Tehran with her family when she was approached by the special police unit that enforces the dress codes for women.

She slipped into a coma on Tuesday after being transferred to a police detention center in the Iranian capital Tehran to ‘get a briefing on her clothing’ and died on Friday.

The circumstances of Mahsa’s death are contested, with many protesters saying Mahsa died under torture, showing they are either not aware of the official reports on her demise or not convinced, according to Fars News Agency.

Some of the protesters reportedly sought to turn the rally ugly by shattering the parked cars’ windows or setting dumpsters ablaze, when the police intervened and made arrests, the Iranian news agency said.

Mahsa’s family has said she did not have any background medical conditions before her death, including epilepsy or brain tumor, refuting claims by Iranian Interior Minister Ahmad Vahidi and a few MPs.

Iran’s President Ebrahim Raisi on Sunday talked with Mahsa’s family on the phone and ordered a full probe into the incident.