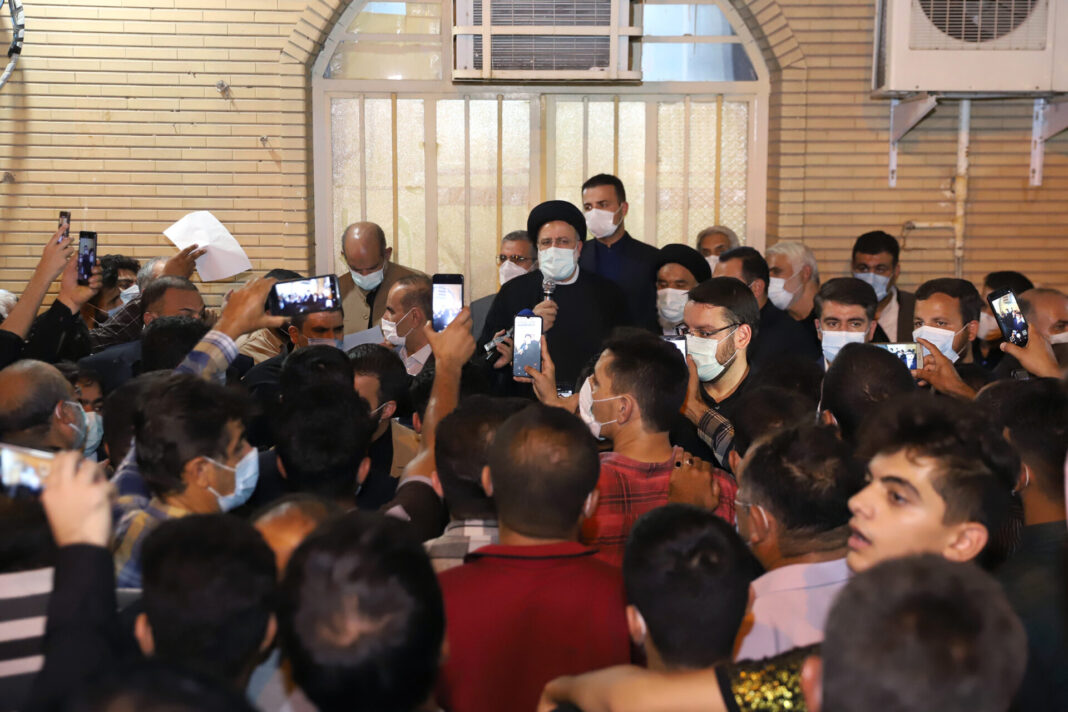 Iranian President Ebrahim Raisi’s recent trip to the city of Ahvaz, the capital of southern Khuzestan province, has received mixed reactions from people and media outlets.

Jomhouri-e Eslami, a moderate newspaper, recommended Raisi report to people on the performance of his administration only when a job has been done.

Jomhouri-e Eslami, a supporter of former President Hassan Rouhani and his camp, urged the Raisi administration to replace the customary language used by governments, i.e., “should be done,” with “has been done,” wrote the paper in an editorial.

“Tell people whenever you have actually done something,”

“Ceremonial moves such as visiting the holy shrine of the late founder of the Islamic Republic of Iran Ayatollah Khomeini, posing for a photo with employees of the morgue of the Behesht-e-Zahra Organization (an institution charged with handling the burial procedure), and ministers’ going to their ministries in the middle of night … were just a show and they would work only if they swell the family purse, bring down prices and push down COVID-19 deaths to near zero,” the newspaper said.

“Otherwise, the 13th administration would be similar to the previous administrations, especially the ninth and tenth ones, which had focused on staging shows,” the newspaper added.

The newspaper said people are tired of simply hearing words but seeing no action.

Meanwhile, many Twitter messages suggested that residents of Ahvaz were pleased to see their president visiting their city despite the coronavirus outbreak.

The conservative Kayhan newspaper said Raisi’s trip raised hope among people at a time when citizens are waiting to see the new administration solve their economic problems.

Kayhan added Raisi talked to people face to face and got a firs-hand account of their problems and listened to their grievances.

IRNA also said the president confidently took his first step with that trip.

Raisi, who ran on a platform of administering justice and tackling corruption in the 13th presidential election, saw his proposed ministers receive votes of confidence from Parliament, and immediately started his work, wrote IRNA.

“He appeared among people without luxury car and created a wave of happiness among them,” the news agency added.

Meanwhile, an MP said such day-long trips will not solve any of the problems facing Khuzestan province.

President Raisi made an unannounced trip to Khuzestan of Friday. The province has faced water shortage amid a widespread outbreak of covid-19.