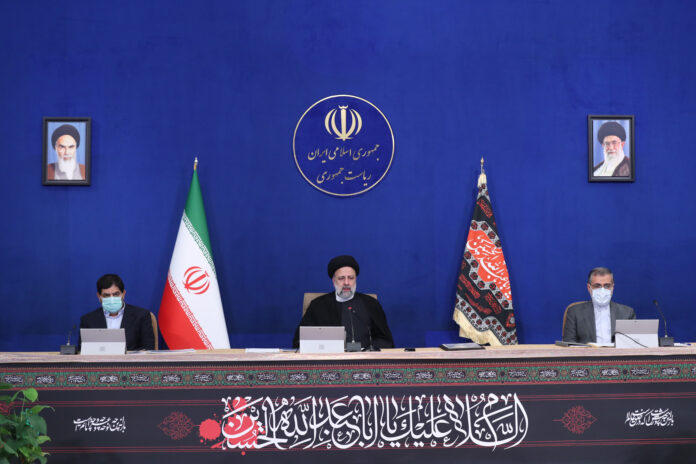 Iran’s President calls for the quick vaccination of all Iranians as the nation is facing high covid fatalities.

Speaking at the first cabinet session of his administration on Thursday, Ebrahim Raisi said the main problem facing Iran is the Coronavirus.

Raeisi urged all state organizations to join hands to defeat the pandemic, adding, “We should guarantee people’s vaccination and health in a short period of time”.

He said it’s time Iran moved from the defensive to the offensive in the battle against Covid-19 and to prevent and overcome the disease.

The President ordered the Foreign Ministry to do necessary consultations to increase vaccine imports.

Iran’s health ministry reported on Thursday 694 have died of coronavirus in the last 24 hours, bringing the total death toll from the disease to 104,716.

Raisi also added Iran’s conditions are unbecoming the great Iranian nation and they must change.

He said people’s servants must do all in their power to resolve the problems faced by Iranians.

Ayatollah Raeisi also said citizens must feel justice and progress in running the country adding that abiding by the law is a basic rule and it is compatible with being a revolutionary.

He said, “We should not allow ourselves to be entangled by paperwork and administrative complications; people expect the government to fight corruption”.

While noting that people expect the government to fight corruption, Ayatollah Raeisi said the ministers must identify points that are vulnerable to corruption and make necessary changes.

He underlined that his administration will invoke the Supreme Leader’s 8-point message of 2001 in its fight against corruption.

Saying that he’ll stick by his campaign promises, the Iranian president noted that his administration should learn lessons from previous ones and try to avoid problems they faced.

He further turned to inflation and the need for tackling the problem. Raisi described the issue as highly important and said people expect officials not to sit idly by.