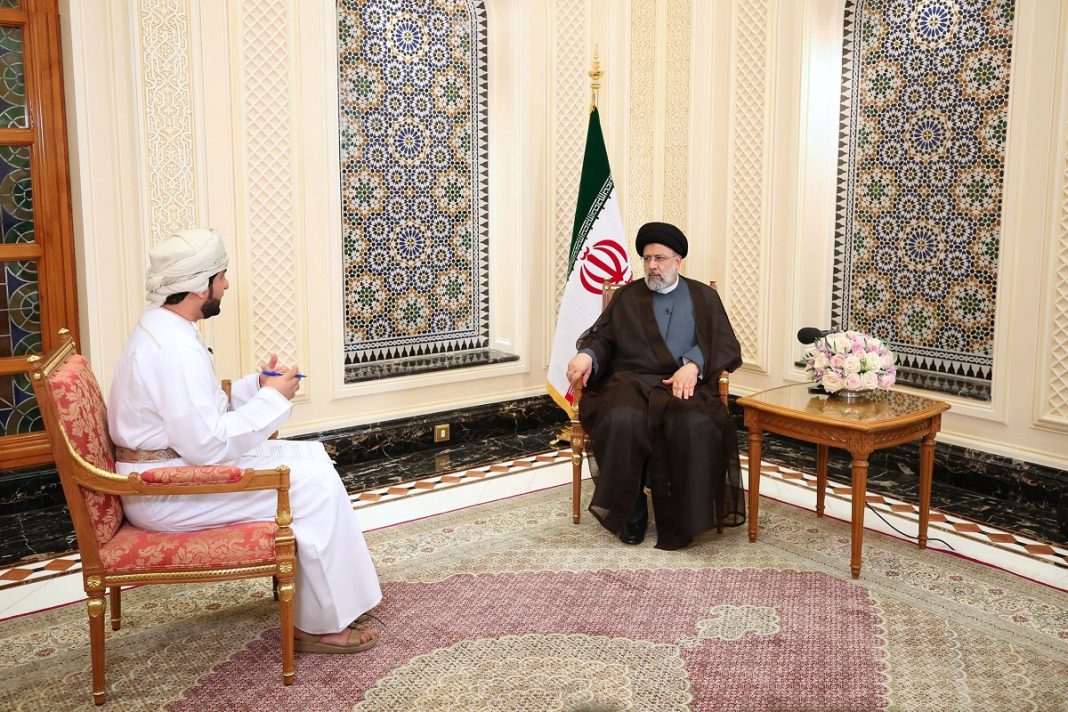 In an interview with Oman’s state TV, Raisi said during his talks in Muscat, Iran and Oman agreed that the current level of relations was “good but not enough” given the two sides’ “determination” for closer cooperation and the capacities existing in both states for that purpose.

“Iran and Oman seek to boost the level of their cooperation in the fields of commerce, economy, energy — especially natural gas — besides tourism and health,” he added.

“Mutual trust is the greatest asset of Iran and Oman.”

Touching on regional issues, Raisi said both Iran and Oman seriously share the stance that the issues of the region must be resolved within the region itself and through dialog.

“The path of dialog is open in the region and any foreign meddling is viewed as a step toward dependence [on outsiders] and trouble,” he said.

“Experience has proved that foreign presence in the region has not only failed to resolve any problem but has even led to various ones,” he said.

Both Iran and Oman, he said, “believe that dialog is the only solution to all regional issues and the region’s problems should be resolved by its own nations, including the Yemeni conflict, which should be settled through intra-Yemeni talks