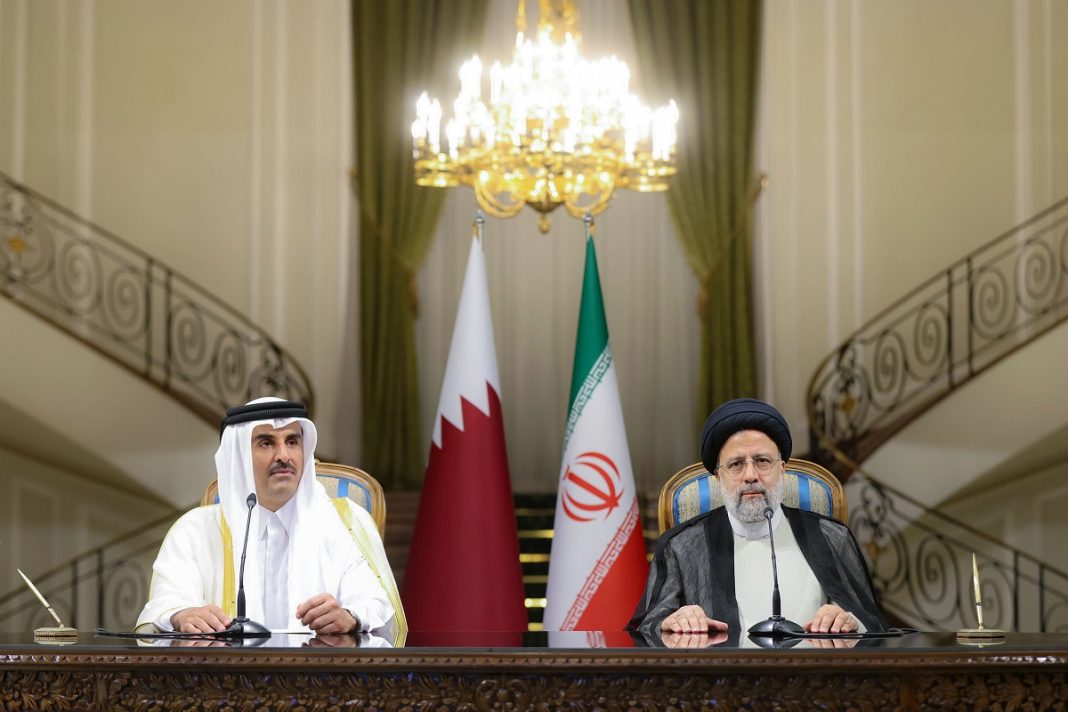 Iranian President Ebrahim Raisi says any foreign interference in the region would be detrimental to its security.

“Managers, officials and governments present in the region should know that any interference of foreign countries and Westerners in the region does not provide security but is harmful to regional security,” Raisi said during a joint press conference with Qatari Emir Sheikh Tamim bin Hamad al-Thani in Tehran on Thursday.

He also said Tehran and Doha believe that the blockade imposed on Yemen must be removed as soon as possible and the Yemeni people must be allowed to decide for their own country.

Raisi said Iran and Qatar share the view that the people of Afghanistan must have an inclusive government with the participation of all ethnic groups so that the government can establish lasting security in Afghanistan.

The Iranian president went on to say that the two countries believe that Palestine must be liberated and the Israel siege of Gaza must be broken and the crimes committed by the Israeli regime must end.

Raisi offered his condolences to the Qatari emir for the death of Al Jazeera’s journalist Shireen Abu Akleh. She was shot dead by Israeli forces in the occupied West Bank on Wednesday.

Raisi went on to say that the visit of the Qatar emir to the Islamic Republic of Iran is a turning point in the expansion of relations between the two countries and the two nations, and will certainly play a significant role in enhancing bilateral relations and cooperation.

“In our talks with the emir of Qatar today, in addition to emphasizing the expansion of relations between Iran and Qatar in the political, economic, trade, cultural, tourism and energy fields, it was stressed that joint investments should be made between the two countries and we placed emphasis on the development of bilateral relations,” he added.

The Iranian president said during his visit to Qatar in February, preparations were made for the development of relations and that the two countries should now take steps to implements the agreements reached in Doha and Tehran.

The Qatari emir said for his part that “We talked about bilateral issues today, and we believe that disputes in the region can only be resolved through constructive dialogue.”

Sheikh Tamim bin Hamad al-Thani praised the status of relations between Iran and Qatar as strong, adding that bilateral ties are based on a sense of neighborliness.