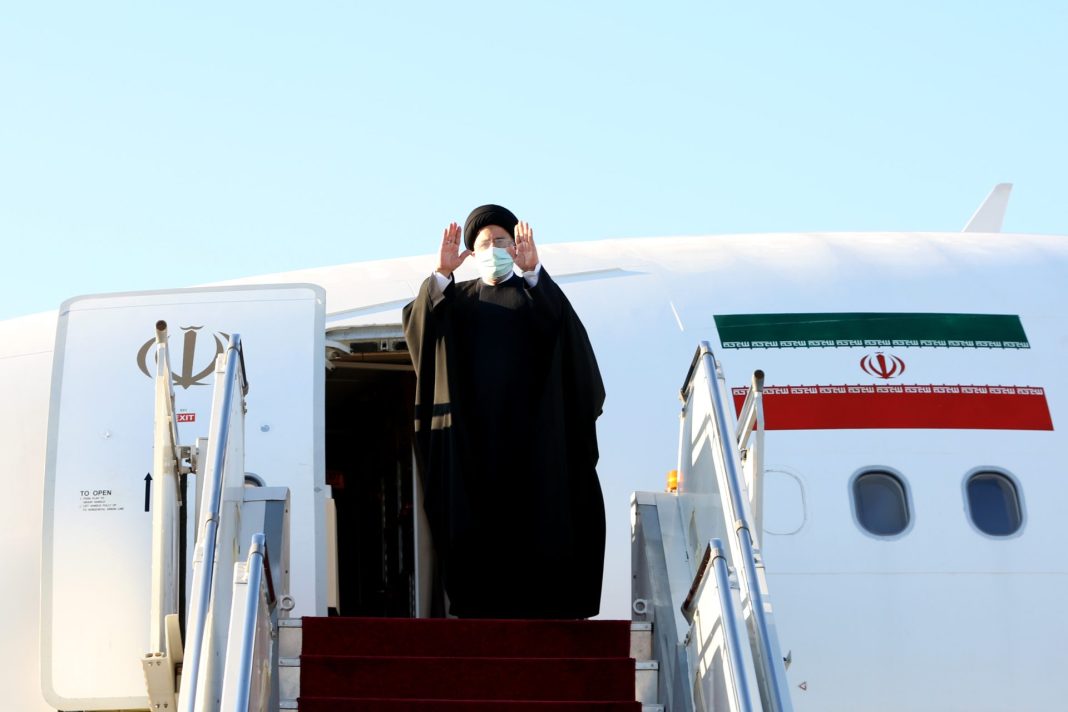 Iranian President Ebrahim Raisi has arrived in Doha for the sixth summit of the Gas Exporting Countries Forum in the Persian Gulf stare of Qatar.

The president said before his departure for Qatar that his two-day official visit was on an invitation from the Qatari Emir, with the aim of developing bilateral ties with the “friendly, brotherly and neighboring” country and participation in the GECF’s summit Qatar is hosting.
Raisi said the visit is a step in line with Iran’s diplomacy with Persian Gulf countries and using their capacities to expand mutual political and economic relations.
The president touched on the joint massive natural gas field Iran shares with Qatar, stressing that mutual cooperation between the two countries is considerable and that Tehran and Doha can take major steps in cooperation in the fields of energy and economy during his visit.
Raisi also said Iran has been a founding member of the GECF and one of three main exporters of natural gas, along with Qatar and Russia.
“Cooperation in this forum and negotiations that we can have in this regard can be a very significant step for cooperation among [natural gas] producing and exporting countries,” he said.
Raisi is planned to hold talks with top Qatari officials and leaders of the GECF countries in Doha.
He is also expected to sign several cooperation agreements with Qatar.