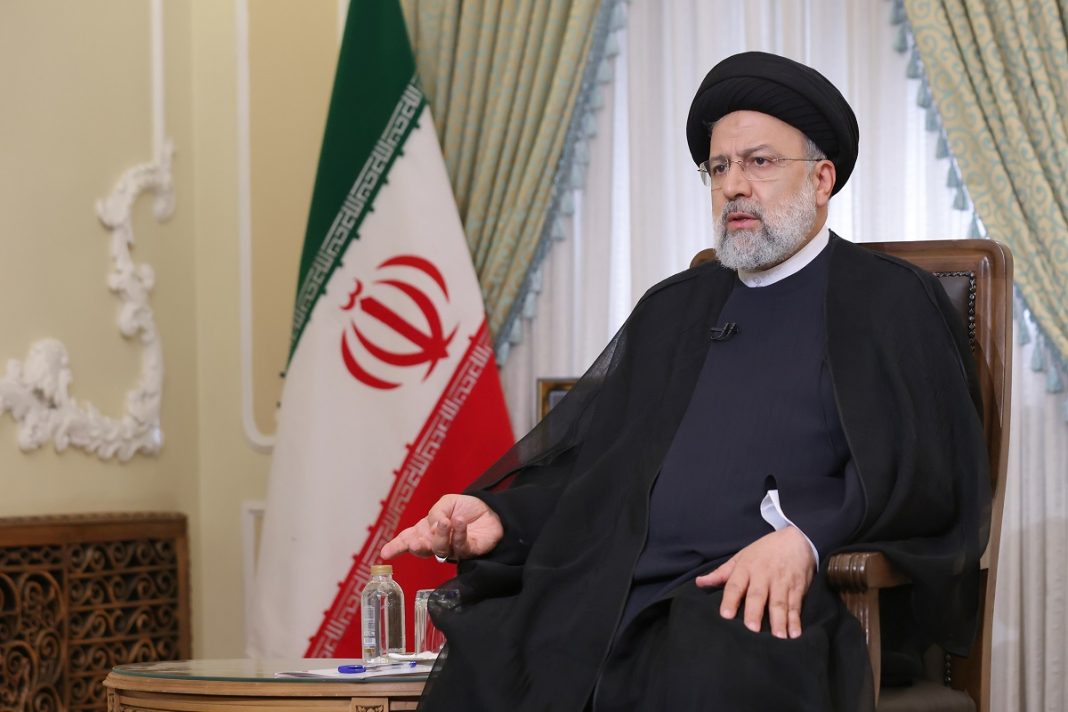 Iran's President Ebrahim Raisi has criticized the International Atomic Energy Agency (IAEA) for issuing an anti-Tehran resolution, which accused the country of withholding cooperation with the agency. President Raisi stated that the adoption of the resolution was a wrong move in the middle of the Vienna talks.

Raisi made the remarks in a late Saturday televised interview in which he addressed the nation on various domestic and international issues.

Raisi said the country will not stop the negotiations on the removal of sanctions imposed on the country, adding that the other parties to the talks must return to their commitments under the 2015 deal, officially known as the Joint Comprehensive Plan of Action (JCPOA).

Asked about the EU foreign policy chief Josep Borrell’s visit to Iran, Raisi noted, “Our policy is to have the sanctions removed and these sanctions must be removed as soon as possible, because they are unjust and against the commitments of the US and Europe [under the JCPOA]. The other side must return to its commitments. This path will be followed; we follow the path of thwarting the sanctions.”

“The issue of [the sanctions removal] negotiations were discussed during the EU foreign policy chief’s visit to Tehran. We have no decision to stop the negotiations, but we will not back down from our positions,” Raisi added.

Iran’s chief executive said a headquarters has been set up under the direct command of the First Vice President Mohammad Mokhber to follow up on the removal of sanctions.

Negotiations have been held in the Austrian capital of Vienna since April last year to restore the 2015 Iran deal, officially known as the Joint Comprehensive Plan of Action (JCPOA), which was ditched by former US President Donald Trump in May 2018.

In quitting the agreement, Trump unleashed what he called the “maximum pressure” campaign to bring Iran to its knees. Washington also reinstall unilateral sanctions against Tehran, which had been lifted under the JCPOA. Tehran maintains that the policy has failed dismally. The Joe Biden administration agrees, yet it has not taken any tangible steps to deliver on its promise of repealing the policy.

Iran has cited Washington’s indecisiveness as the reason behind the protraction of the talks, as a number of key issues remain unresolved, ranging from the removal of all post-JCPOA sanctions to the provision of guarantees by the American side that it will not leave the deal again.

The chief executive has criticized the IAEA for issuing an anti-Iran resolution earlier this month, which accused the country of withholding cooperation with the agency.

Raisi noted the adoption of the resolution was a wrong move in the middle of the Vienna talks, adding, “The International Atomic Energy Agency had confirmed 15 times that there were no deviations in Iran’s nuclear activities.”

The anti-Iran resolution, proposed by the US, Germany, France and Britain and backed by Israel, was approved by the IAEA’s 35-nation Board of Governors on June 8, with 30 votes in favor, two against and three abstentions, accusing Iran of not cooperating with the IAEA.

In reaction, Iran switched off a number of IAEA’s surveillance cameras, which it had voluntarily allowed in a “goodwill gesture.”

Reacting to the resolution, Iran’s nuclear chief Mohammad Eslami slammed the IAEA for politicizing the country’s peaceful nuclear program under the Israeli regime’s pressure regardless of Tehran’s extensive cooperation with the UN nuclear watchdog.

Eslami said Iran did not expect at all that such a resolution would be passed under the influence and political pressure of the Israeli regime.

The Iranian president then described interaction with Iran’s neighboring countries as a “priority” of his administration’s foreign policy, saying adoption of the policy had resulted in a trade balance surplus of 450 percent for the country and increased trade with neighbors.

Iran has entered cooperation agreements with 18 countries, he stated, noting that these countries were now on the receiving end of $2.5-billion worth of technical and engineering services exported to them by the Islamic Republic.

Iran’s president said the first quarter of this year witnessed a 20-percent growth in the level of commercial cooperation with the neighborly states, the president added.

Sounding upbeat about the country’s oil exports and the resultant oil revenues, Raisi said, “At the present time, [Iran’s] oil sales are in a good condition and we are doing our best to get the foreign exchange earned through oil and non-oil exports back to the country.”

The president finally added the situation is ripe for investment throughout the Islamic Republic, saying Tehran has entered into agreements that have paved the way for as much as 5-20 billion dollars worth of investment in the country.