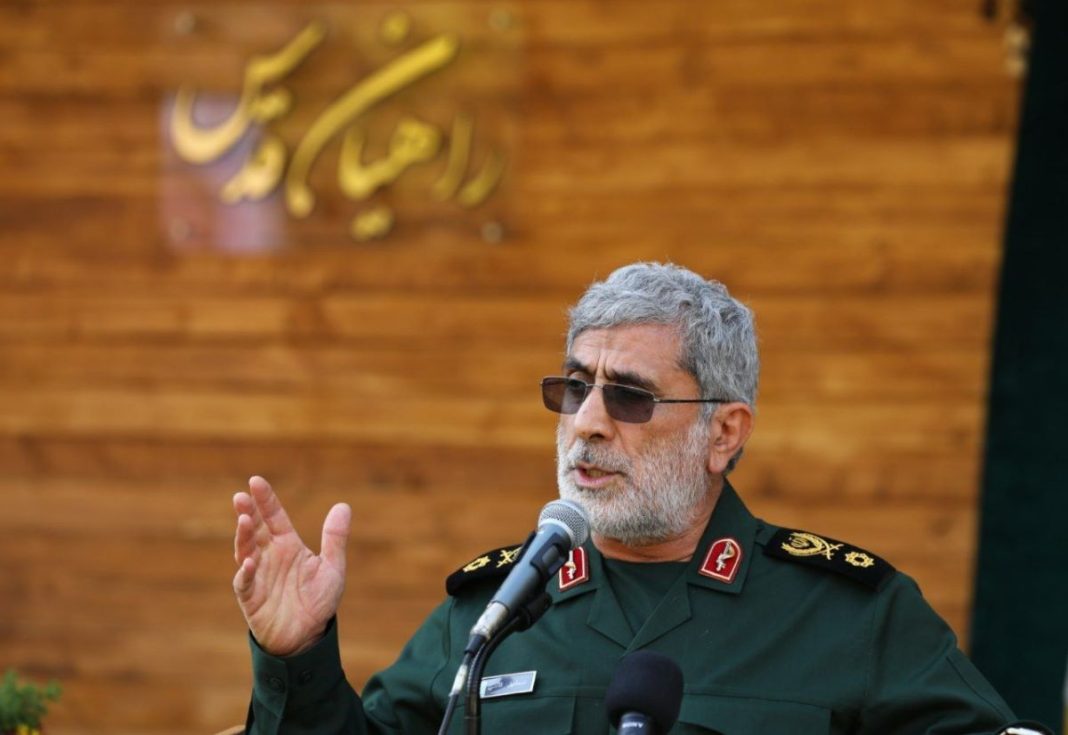 The commander of Iran’s Islamic Revolution Guards Corps (IRGC)’ Quds Force says the United States and Israel are ‘treacherous and murderous regimes’ and would get the answers to the crimes they have committed ‘in the shortest time’.

Brigadier General Esmail Qaani made the remarks on Friday evening addressing a funeral ceremony in the northern Iranian province of Mazandaran for the newly-discovered bodies of three Holy Shrine Defenders, a term used to describe anti-terror forces in Iraq and Syria as a symbolic reference to the Hazrat Zaynab’s shrine in Damascus as well as the holy shrines of Shia Imams in neighboring Iraq.

Iran has been reinforcing anti-terror units in Iraq and Syria ever since the Daesh and other militant groups reared their heads in the region in 2014. Iran says the militant groups are supported by the US and Israel.

“The luminous path of the martyrs, who are standing against the greed of arrogant leaders, will continue until the complete annihilation of the enemies,” Gen. Qaani told the procession.

The top commander added Iran along with allied resistance movements, including Lebanon’s Hezbollah, are well-prepared to give decisive response to “the mischievous acts and crimes committed by the US and the Zionist regime against the Iranians and other oppressed people of the world.”

Gen. Qaani praised the young generation of volunteer forces fighting militants for their achievements in the field and behind the scenes, “despite the plots by the enemies spearheaded by the US and the Zionist regime.”