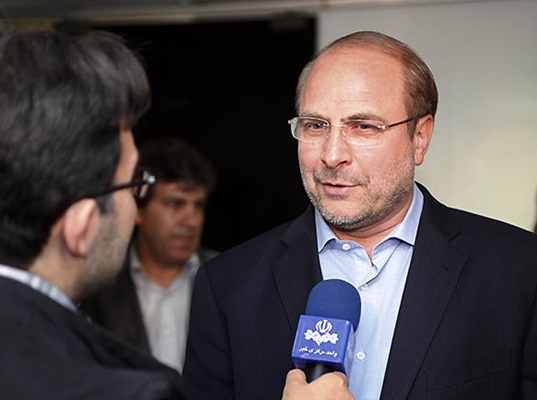 Iranian presidential candidate Mohammad Baqer Qalibaf says, if elected, he will turn the foreign ministry into the “Ministry of Foreign Affairs and International Trade” so that the foreign policy apparatus can help improve Iran’s domestic economy.

“Diplomacy should be at the service of the country’s economy, and this requires a change in the foreign ministry’s structure,” Qalibaf said in a Farsi interview with Tasnim.

Therefore, he added, I’ll pursue the formation of ‘The Ministry of Foreign Affairs and Promotion of International Trade’ if elected as president.

He criticized the foreign ministry for ignoring the importance of trade and economy, and said the current system does not pay any attention to the role it can play in the reinforcement of domestic economy by finding markets for Iranian products.

“We need to find international markets for agricultural and industrial products and services so as to tap into all domestic potentials,” Qalibaf said.

This way, he noted, the government can resolve the issue of unemployment in the short-term without any need for huge investments.

“The Iranian foreign ministry’s structure is designed in a way that it can just meet the country’s political and national security needs. This structure does not allow it to pursue our main concern these days, namely an economic boom,” he went on to say.

Qalibaf said he believes that in a short period of time Iran can take advantage of the great capacity of regional markets for the expansion of its economic activities. It can also have an independent ministry for promotion of international trade in an effort to improve its international marketing in the long-run.

The conservative Mayor of Tehran also declared that he will use the symbol of ‘clock’ for his presidential campaign.