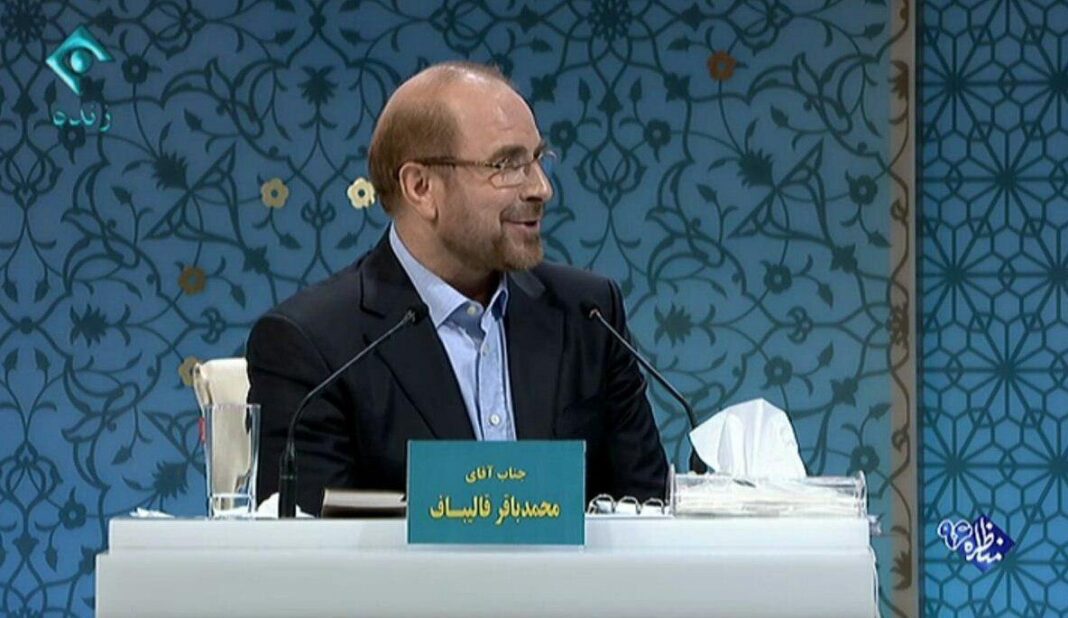 The conservative presidential candidate Mohammad Baqer Qalibaf lashed out at the government of Hassan Rouhani for its weak performance, mismanagement, and dishonesty.

In his remarks during the first live presidential debate on Friday, Qalibaf said the Iranian society is now divided into two groups: a wealthy group that has huge amounts of money thanks to its special links to sources of power.

This group, according to Qalibaf, constitute only 4 percent of the society. The remaining 96% are those with economic problems.

Qalibaf strongly criticized Rouhani’s government for favouring the 4-percent wealthy group, and ignoring the 96% who have been deprived of equal social opportunities.

The conservative Mayor of Tehran said Rouhani’s administration has given large loans to the 4-percent group, while newly-married couples are faced with lots of problems for receiving a small loan.

He then referred to Rouhani administration as ‘the government of the 4%’, and hailed Ahmadinejad’s government for paying attention to the deprived and poor people.

“The most important thing the previous government did was that it supported the poor. It visited villages, while you [Rouhani] don’t go anywhere. You just go to a provincial capital for an hour, take part in a couple of meetings, and then return to Tehran,” he noted.

Qalibaf also rapped Rouhani government’s failure to renovate old buildings in the city while it has been obliged to do so for 10 percent of buildings each year.