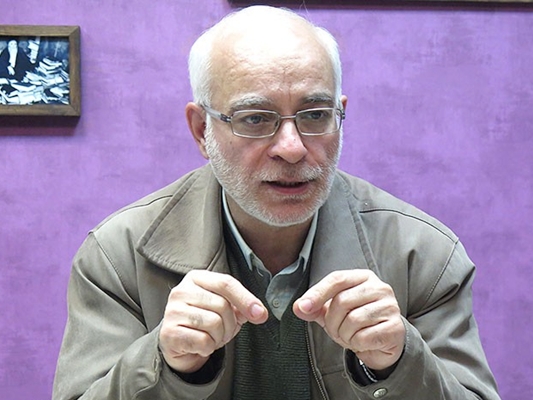 Mikhail Bogdanov, the Russian President’s special envoy to the Middle East, recently paid a visit to Tehran and met the country’s top diplomats. Hassan Beheshtipour, an Iranian expert in Russian affairs, has highlighted the main purposes behind the visit amid the ongoing regional developments.

Here is IFP’s translation of excerpts from Fararu’s interview with Beheshtipour:

“The visit of Putin’s representative to Tehran is mainly aimed at the issue of Syria. Most probably, the latest developments in Syria and the positions held by Iran and Russia have been discussed in a recent meeting between Bogdanov and [Iranian Deputy Foreign Minister for Arab and African Affairs Hossein] Jaberi Ansari,” Beheshtipour said.

He further pointed to the recent talks between the US and Russia about a joint plan agreed upon by the two sides, and said, “The meeting has been probably held with the aim of gaining Iran’s support for the plan.”

“Of course the US and Russia still have conflicts about the definition of terrorism and the instances of terrorist groups. They also disagree over the Nusra Front terrorist group, which has changed its name into Jabhat Fateh Al-Sham (the Front for the Conquest of the Levant).”

Russia, unlike the US, believes that Nusra Front cannot change its terrorist nature by changing its name, and cannot achieve the qualification for entry into peace talks, he noted.

Therefore, he added, Bogdanov’s visit to Iran is both concerned with the future of Syria talks and the field developments in this county as the diplomat is responsible for both issues.

According to Beheshtipour, Bogdanov visited Iran as Putin’s representative, rather than his official post the Deputy Foreign Minister, in a bid to pursue the issue in a higher level and ensure that the issue of Syria is coordinated in highest level.

“Iran does not agree with the Russian-American joint plan about the future of Syria; therefore, Bogdanov has visited Iran to gain the Islamic Republic’s support. In fact the visit is made following the negotiations between Iranian President Hassan Rouhani and Putin on the sidelines of Baku summit.”

“Bogdanov visited Tehran to discuss the details,” he added.

Iran-Turkey-Russia Alliance Is an Interesting, Yet Unrealistic Theory

In reaction to certain speculations about possible regional cooperation between Tehran, Ankara, and Moscow, particularly on the issue of Syria, Beheshtipour said the theory is interesting, but not based on realities.

“There is little chance for its realization, because Turkey still has serious disagreements with Russia and Iran over the future of Syria and [President Bashar] al-Assad.”

He pointed to the recent turnaround in Ankara’s stances towards Syria, particularly after the July coup in Turkey, but at the same time noted that the turnaround is not a 180-degree turn.

“There is no evidence or reason that confirms a major change in Turkey’s stances, moving away from the Western coalition towards Russia and Iran.”

Russia Trying to Convince Iran on Resolution of Syrian Crisis

“On the issue of Syria, Russia is cooperating with Iran more than it does with the US, and is trying to persuade Iran to reach a common solution.”

Therefore, Beheshtipour noted, it is even possible that Moscow gives concessions to Iran to convince the country.