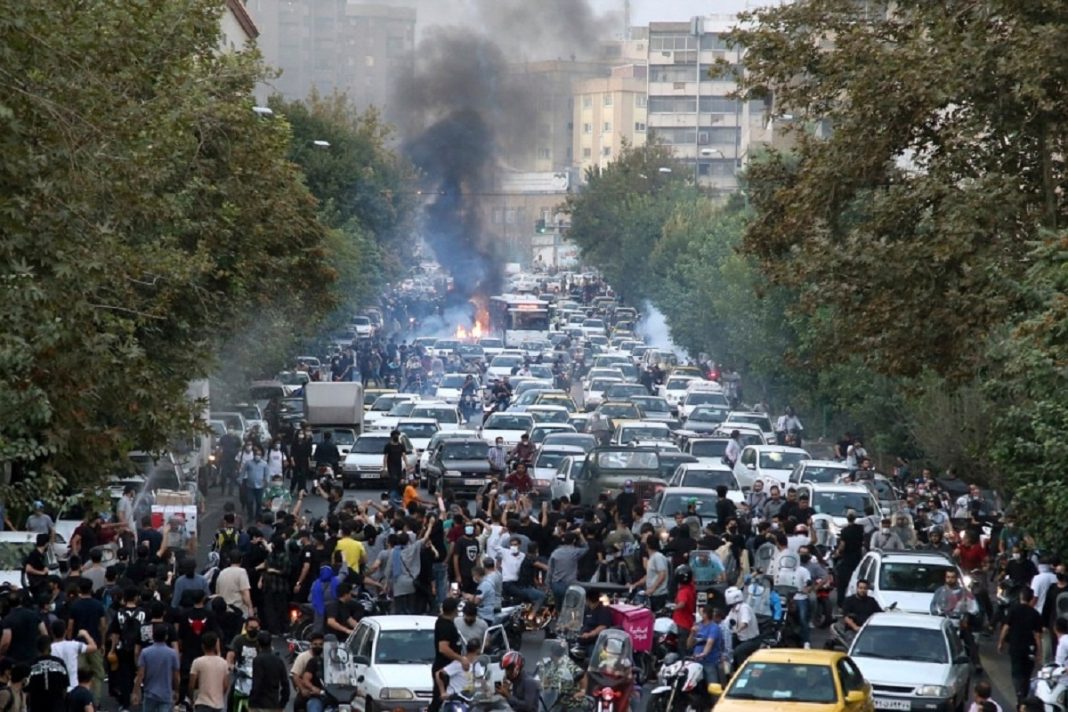 An Iranian newspaper says the protesters who took to the streets in Iran following the death of a young woman in police custody, are not seeking to overthrow the government, warning the authorities against resorting to the 'failed confrontational tactics.'

Johumri-e Eslami ran an article on Sunday, saying in case the demands of the protesters are met, they will become staunch supporters of the ruling establishment.

The protesters initially expressed their indignation at the death of Mahsa Amini, a 22-year old woman who died in detention after she was arrested by the morality police for breaching the dress code, but the protests snowballed to include wider group of dissidents, including over economic hardships in the sanction-hit country.

Iranian officials say the protests were hijacked by groups from outside the country and turned into deadly riots.

Johumri-e Eslami wrote, “We too believe that hijab was an excuse, but we have a different opinion about the main motive of the unrest.”

“The real protesters did not seek to overthrow the government, but due to the piled-up cases of injustice, discrimination, poverty, run-away prices, corruption… the process of disqualifications in the elections, severe management weakness and the mismatch between (the officials’) words and actions, the society had turned into a powder keg waiting for a spark to explode,” the article pointed out.

The daily concluded that only through establishing justice, solving economic problems, and other fundamental changes in running the country, a re-explosion of the anger can be prevented.