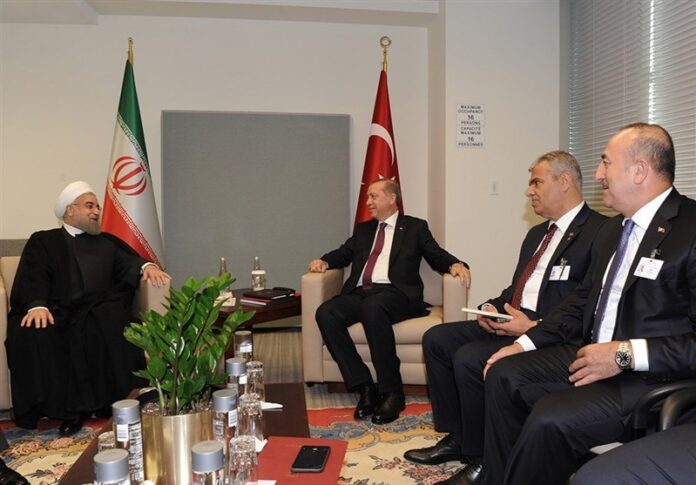 Iran and Turkey can play a key role in the battle against terrorism in the region, Iranian President Hassan Rouhani said.

“Terrorism is a threat against all of us and the two countries (Iran and Turkey) can play an important role in the fight against terrorism and insecurity in the region, Syria and Iraq in particular,” Rouhani said on Tuesday during a meeting with Turkish President Recep Tayyib Erdogan on the sidelines of the 71st session of the United Nations General Assembly in New York.

Elsewhere in his comments, the Iranian president said the Islamic Republic has brotherly relations with the Turkish government and nation, stressing Tehran’s resolve to boost ties with Ankara in all spheres.

Erdogan, for his part, thanked Iran for supporting the Turkish government in the early hours of this year’s failed coup attempt in his country on July 15, saying that Ankara is confident that Tehran will continue its support for its neighboring country.

“Iran and Turkey are two major Islamic countries in the region,” he added, noting that the two countries can cooperate and play a “determining” role in defusing the ongoing crises and establishing security in the region, particularly in Syria and Iraq.

Rouhani is accompanied by a high-ranking politico-economic delegation. He is scheduled to deliver a speech at the General Assembly session on September 21.

Also, Rouhani will hold talks with senior officials from other countries on the sidelines of the UN session.

Among the important topics on the agenda is Syria’s five-year foreign-backed militancy, which has so far claimed the lives of at least 300,000 people, according to the so-called Syrian Observatory for Human Rights.