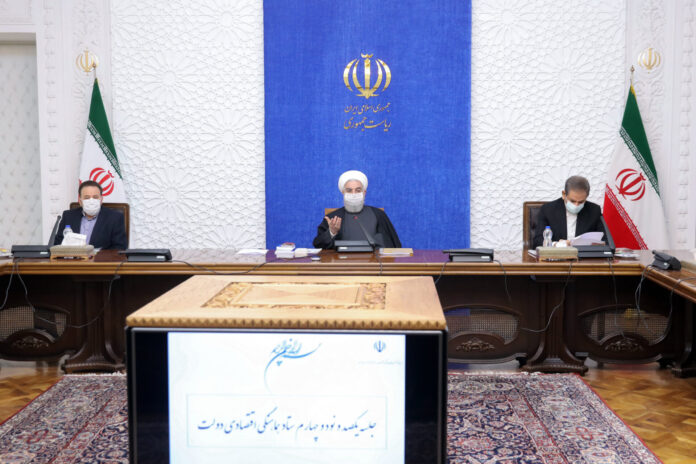 Iranian President Hassan Rouhani has highlighted his administration’s strategy to facilitate investment activities to neutralize the US sanctions and achieve the resistance economy goals.

Addressing a Tuesday session of the Administration’s Economic Coordination Headquarters, President Rouhani said the government has always pushed for the removal of obstacles to investment.

The administration has tried to revoke and reform the obstructive regulations and reduce the damaging bureaucracy for attraction of investment in order to neutralize the sanctions and attain the goal of a jump in production and improvement of resistance economy indices, the president added.

A rise in investment is one of the main factors in economic development, President Rouhani added, saying the enemies have imposed sanctions to impede foreign investment in the development of Iran’s infrastructures.

The major element in attraction of investment is the mutual trust between the government and the private sector, the president noted, stressing, “None of the investors making an investment in the country legally should feel economic, social and political insecurity in the process of participation in the development of the country.”

President Rouhani also urged the Iranian ministries dealing with the investment issues to carry out their duties accurately, stressing the need to create “direct and indirect economic incentives” and formulate clear regulations on application for the permissions.

The Iranian administration provides special support for the domestic and foreign investors making investment in revenue-generating economic sector and would offer them incentives to ensure reliable and secure investment, the president added.

President Rouhani finally warned that the attempts to misrepresent the situation in Iran and carry out harmful psychological measures in the economic sector, as in the stock exchange and currency markets, are aimed at dissuading the community of economic activists and investors.