President Raisi: Normalization with Israel will not bring security 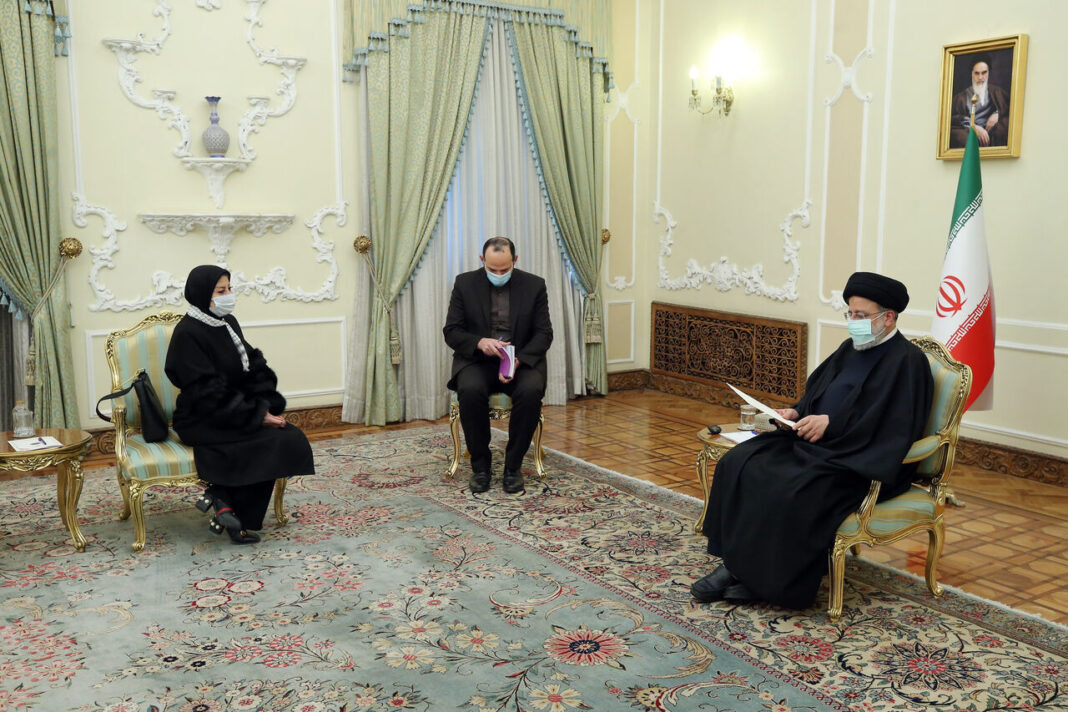 Iranian President Ebrahim Raisi has said normalization of ties by some Arab states with the Israeli regime will not only not bring security for them but it will also increase their problems as well as challenges facing the region and other Arab countries.

Raisi made those remarks in a meeting with the new Palestinian ambassador to Tehran in which Salam Zawawi presented her credentials to the president. The president said these governments must recognize with public protests by all the Palestinian people and groups that their treacherous act is deplorable.

He added defending Palestine is the number one priority of the Muslim world, describing Iran as the true defender of the Palestinian people and the liberation of the holy city of al-Quds.

The Iranian president added that some countries have slowed the movement of the Palestinian people by pinning their hopes on shaky pacts brokered by Western governments.

Raisi said the message the Palestinians send to the Zionist regime and its Western backers is one of resistance.

The president described the unity and solidarity of all Palestinian groups as the key to victory against the Zionist regime.

Zawawi also congratulated Raisi on the anniversary of the Islamic Revolution’s victory in Iran, saying the event was in fact a great victory for the Arabic and Muslim Ummah.

Zawawi criticized some Arab governments for normalizing with Israel, saying they have betrayed the Palestinian people.