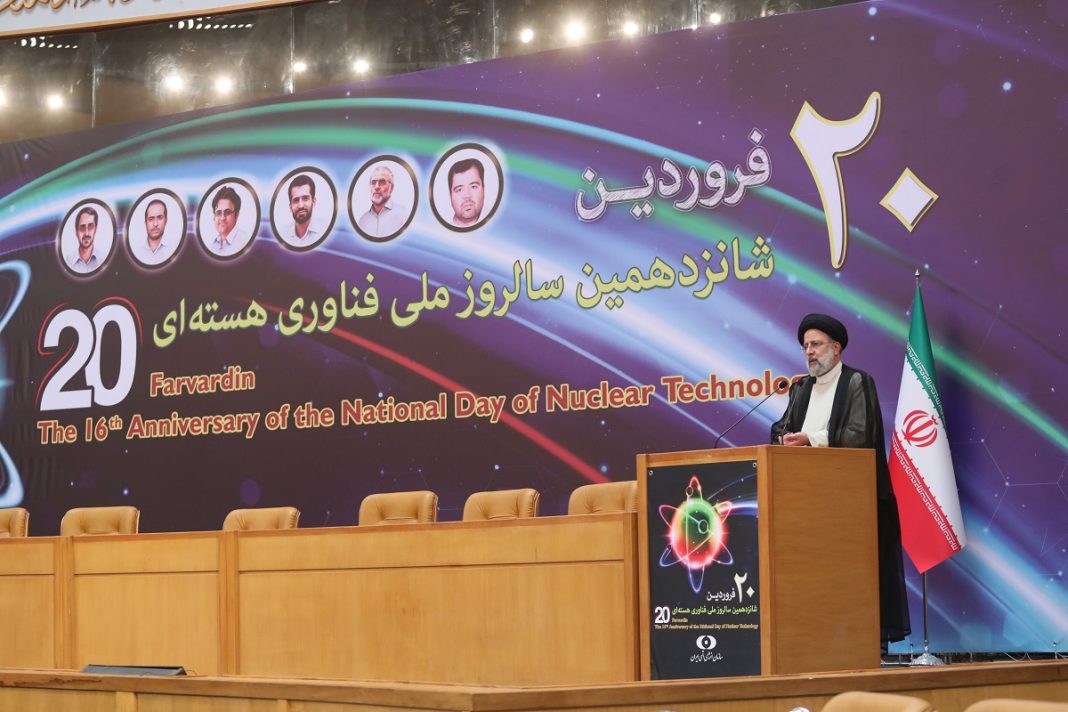 Iranian President Ebrahim Raisi has said Iran’s nuclear know-how is irreversible. President Raisi made the comment in a ceremony where he unveiled 9 nuclear achievements made by Iranian scientists on the National Day of Nuclear Technology in Tehran on Saturday.

The ceremony happened at the exhibition of the Atomic Energy Organization of Iran.

During his visit to the exhibition, President Raisi expressed pleasure at the progress made by Iranian youths and scientists in the nuclear field and described this development as a sign of self-reliance by Iranians.

The president noted that the accomplishments of Iranian nuclear scientists can serve as a role-model for other sectors in the Islamic Republic of Iran.

During the ceremony, Iran’s Vice President for Science and Technology Sorena Sattari outlined the country’s nuclear achievements for President Raisi.

Two of those achievements concern the radio-therapy field, two other items concern plasma and four others are related to the industrial, laser, control systems and imaging fields.

At the exhibition, the AEOI announced plans to generate 10k megawatts of nuclear electricity and the construction of a fully-domestically built 360k megawatt power plant.

Raisi once again rejected the Western claims that Iran is after nuclear weapons.

The president said nukes have no place in Iran’s defensive doctrine and “the enemies know this too well”.

He then referred to the numerous inspections by the International Atomic energy Agency at Iran’s nuclear facilities and the body’s confirmation of non-diversion in the country’s nuclear activities.

The Iranian president said the Islamic Republic will never allow the foes and ill-wishers to hamper the country’s nuclear activities and that this peaceful program will continue forcefully.

The president then spoke about the Vienna talks aimed at reviving the 2015 nuclear deal. He said Tehran will not retreat an iota from its nuclear rights in those negotiations