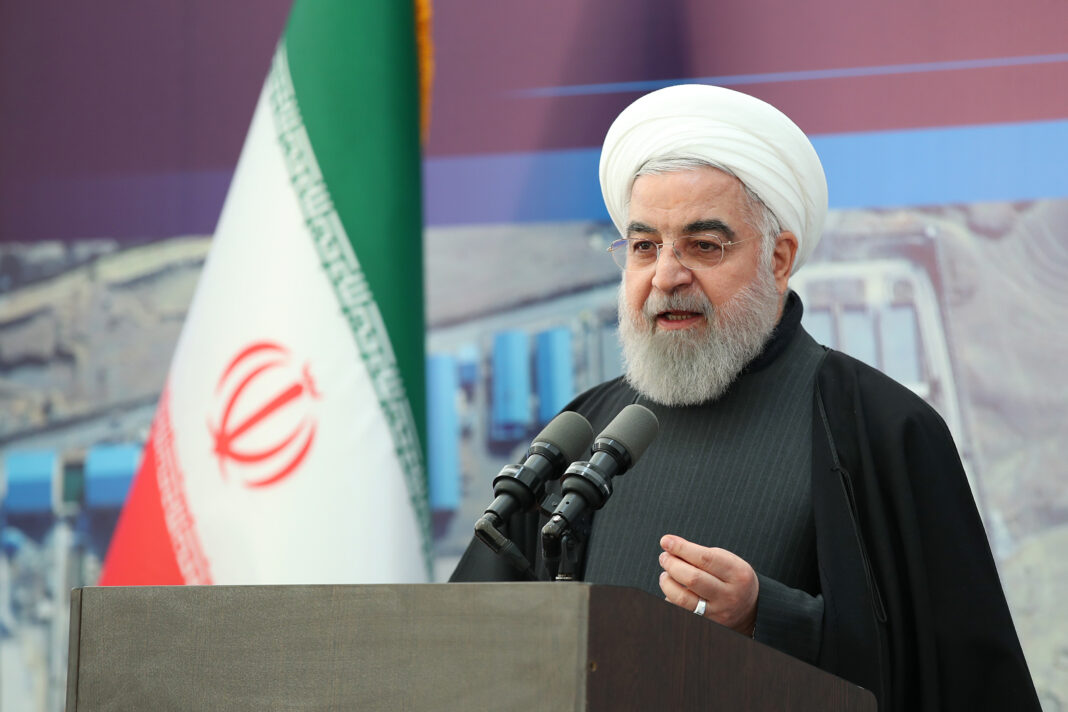 President Hassan Rouhani has praised the Iranian nation for withstanding the foreign pressures, saying his administration has managed to complete dozens of major development projects despite the tough sanctions.

President Rouhani on Tuesday inaugurated a new drinking water treatment plant in the Iranian capital and several other water and electricity projects in the province of Tehran.

In comments at the opening of the plant, the president lauded the Iranian people, authorities, companies, engineers, workers, and farmers for making great strides in developing the country over the past recent years.

Inauguration of several projects with a total value of more than 1,000 billion tomans in Tehran in a single day is a very significant measure that has been carried out under the foreign sanctions and economic pressures, the president noted.

The fact that Iran has completed 133 major projects on the water and electricity industries across 22 provinces only during four months indicates the power of the administration and people and the valuable efforts that have been made to help the country move forward, he added.

The president also noted that despite the tough sanctions and the heavy economic pressures, his administration has outdone the previous governments in the construction of water treatment plants.

President Rouhani said his administration has also outstripped its predecessors in the dam construction and sewage treatment industries.

He further denounced the “weak-minded” governments that seek to bring Iran to its knees, stressing that the Islamic Republic will continue to safeguard its independence and stand against the pressures.

President Rouhani finally lashed out at the US for its hostile policies against Iranians, saying Donald Trump’s administration is behaving cruelly not only towards the Iranian nation, but also towards the other nations such as Iraq, Afghanistan, Yemen, Syrian and Lebanon.