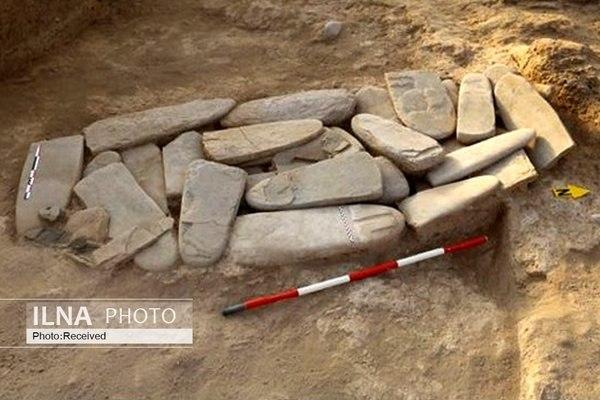 The rocks lying on top of one another were found in “Tall Chegah-e Sofla” village near Behbahan town in Khuzestan province.

The village was discovered by an archaeology team led by Hans Nielsen from the University of Chicago. Later on, Reinhard Dittmann expounded habitation patterns at local deserts in the area. Dittmann refers to Tall Chegah-e Sofla as one of the key hubs of habitation in the late 5th millennium BCE. 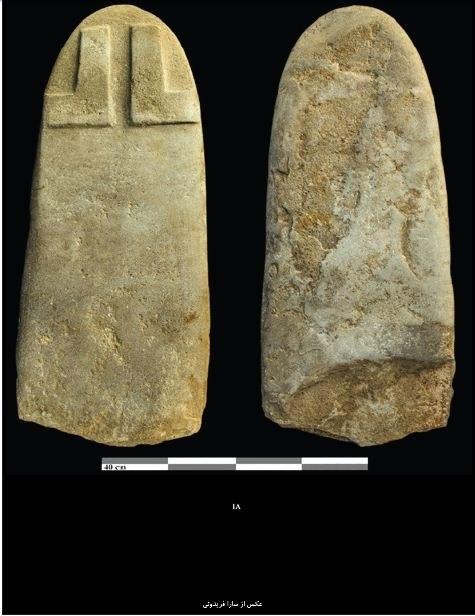 In 2009, Tall Chegah-e Sofla was registered on Iran’s List of National Heritage Sites. In 2015, operations conducted to demarcate the archaeological site of Tall Chegah-e Sofla, one of Kuzestan’s largest prehistoric sites, led to the discovery of tombs dating back 7,000 years. That triggered a 5-year project of archaeological excavations at the site, which have now resulted in the discovery of these conical rocks. 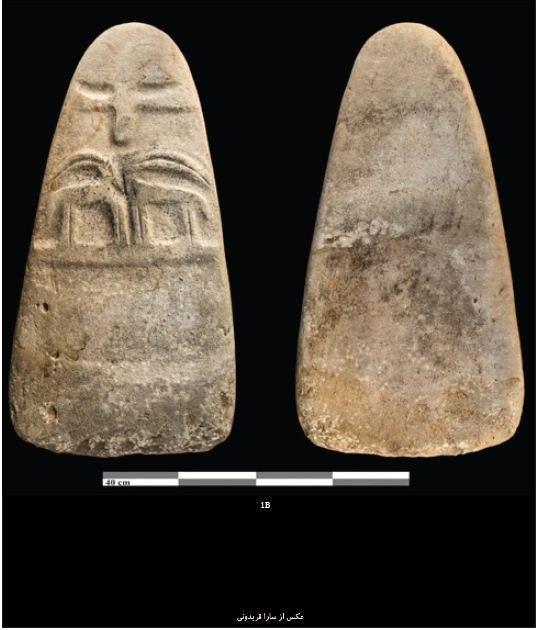 The head of the team of archaeologists says the rocks were dug out as archaeological excavations were underway.

“We can say that the pieces of rocks were deliberately put on top of one another,” he says. 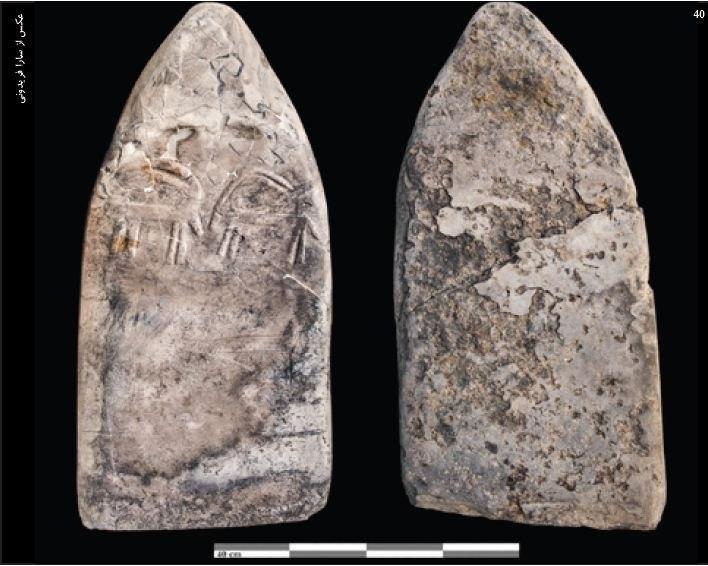 “The rocks are laid in two rows in the shape of a rectangle. The ones in the upper row are less damaged than those in the lower row,” he says.

“Most of the rocks in the lower row are broken as they were not only under much pressure, but were made of sandstone,” the lead archaeologist notes. 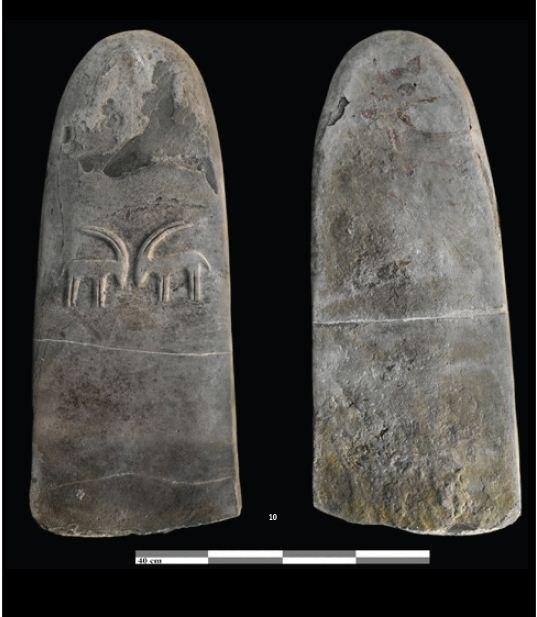 “There is mortar between the rocks,” he says.

The rocks cut out to look like cones bear carvings including images of goats, oval and circular eyes, different marks containing crisscross lines, circles reminiscent of human eyes, and images of humans. Of course, some of the rocks have no carvings on them. 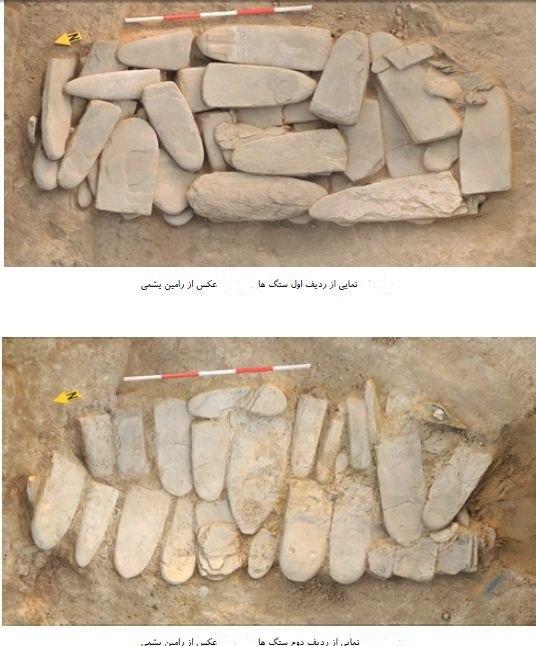 In no other rural archaeological sites in Iran have similar rocks been found. Signs have also been found of prehistoric wall carvings near the tombs unearthed there.