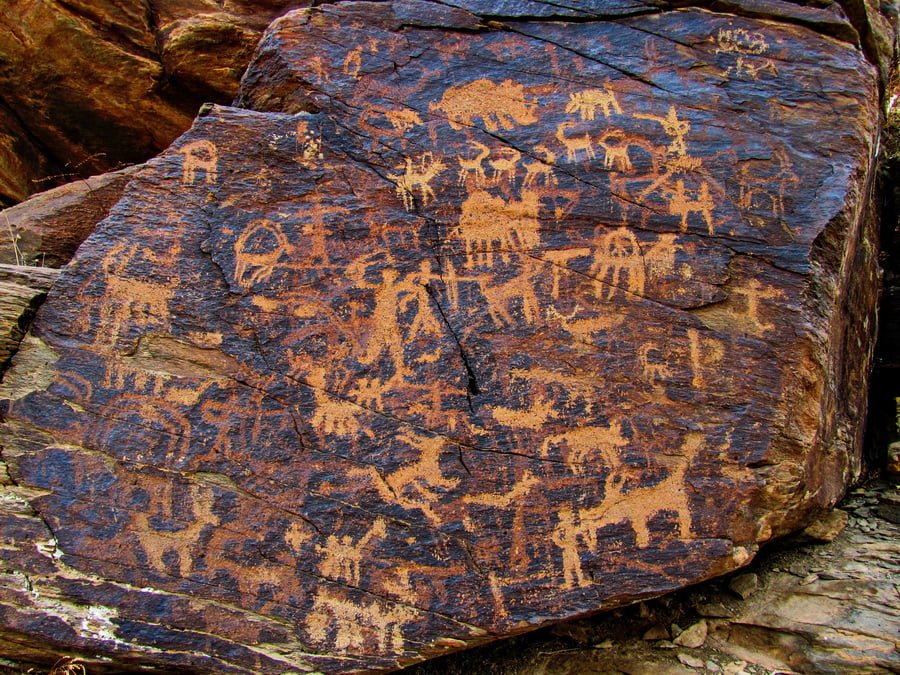 Teymareh is an ancient region with thousands of pre-historic petroglyphs located in the middle of Isfahan, Markazi and Lorestan provinces in central Iran.

Teymareh is a rocky mountainous area in the city of Khomein with about 21,000 petroglyphs containing wonderful secrets.

Most of the petroglyphs of Teymareh depict periods of history in which the mankind began to invent new tools – including sharp stones for hunting – and then tame animals and turn to agriculture and planting.

The largest petroglyph in Teymareh Mountain is a stone with an area of 40,000 square metres, which includes various inscriptions. The petroglyph is widely known as the Large Inscription. There are at least 150 inscriptions on the petroglyph which should be de-codified through years-long research at international levels.

The petroglyphs of Teymareh contain various images of mountain goats, mountain rams, gazelle, mankind (in various postures and with different tools at hand), horses, wolves, lions, camels with one or two humps, leopards, hogs, deer of various species, cheetahs, snakes, turtles and many other rare animals.

About 75 percent of the petroglyphs are inscribed with images of mountain goats and rams as symbols of life, development and blessing.

Petroglyphs are images created by removing part of a rock surface by incising, picking, carving, or abrading, as a form of rock art. The term petroglyph should not be confused with petrograph, which is an image drawn or painted on a rock face. Both types of image belong to the wider and more general category of rock art or parietal art.

What follows are Tasnim’s photos of these petroglyphs: