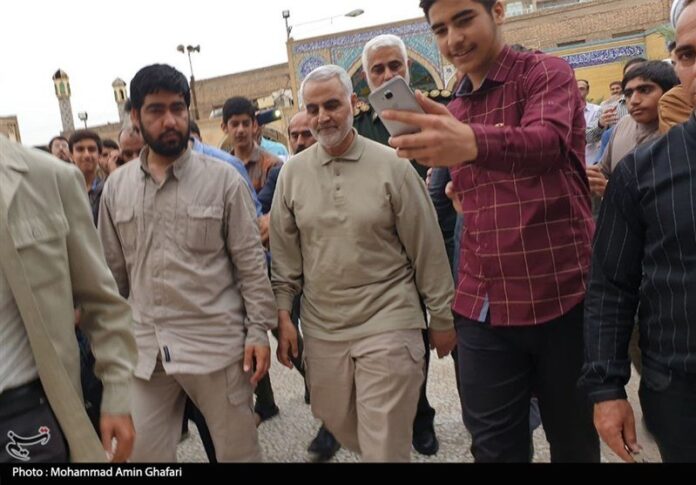 Iran’s government spokesman says what made Lt. General Qassem Soleimani a popular figure was his personal traits and behaviour.

“First of all, he had the necessary skills and expertise in the jobs he was assigned to do,” he said.

“As described in social psychology, this feature is one of the key contributors to the [personality] growth and popularity of a person who remains committed to the task he is entrusted with and shines rather than using his position as a launch pad to take political leaps,” he said.

“Another factor is personal and moral traits,” he added.

Rabiei noted that Soleimani was a man with the common touch while being popular and powerful because he prioritized morality to the regular political dealings.

“The third feature that he had was a sense of sacrifice. Social conscience can clearly distinguish between honest and hypocritical actions, between defending the community and fighting for one’s own interests,” he added.

Rabiee said another factor is “social action.”
He explained that General Soleimani stood by people through social ups and downs and twists and turns.

He said General Soleimani was in the front line, from fighting the elements of the former Iraqi Ba’ath party and ISIS terrorists to fighting armed bandits and drug traffickers in eastern Iran to helping with relief operation in flood-stricken areas.
Moreover, he added, General Soleimani was an extraordinary military strategist.

“He had a deep understanding of the meaning of power, regional security, and symmetrical and asymmetrical war,” said Rabiei.

He said General Soleimani was also a political moderate who belonged to no specific political camp.